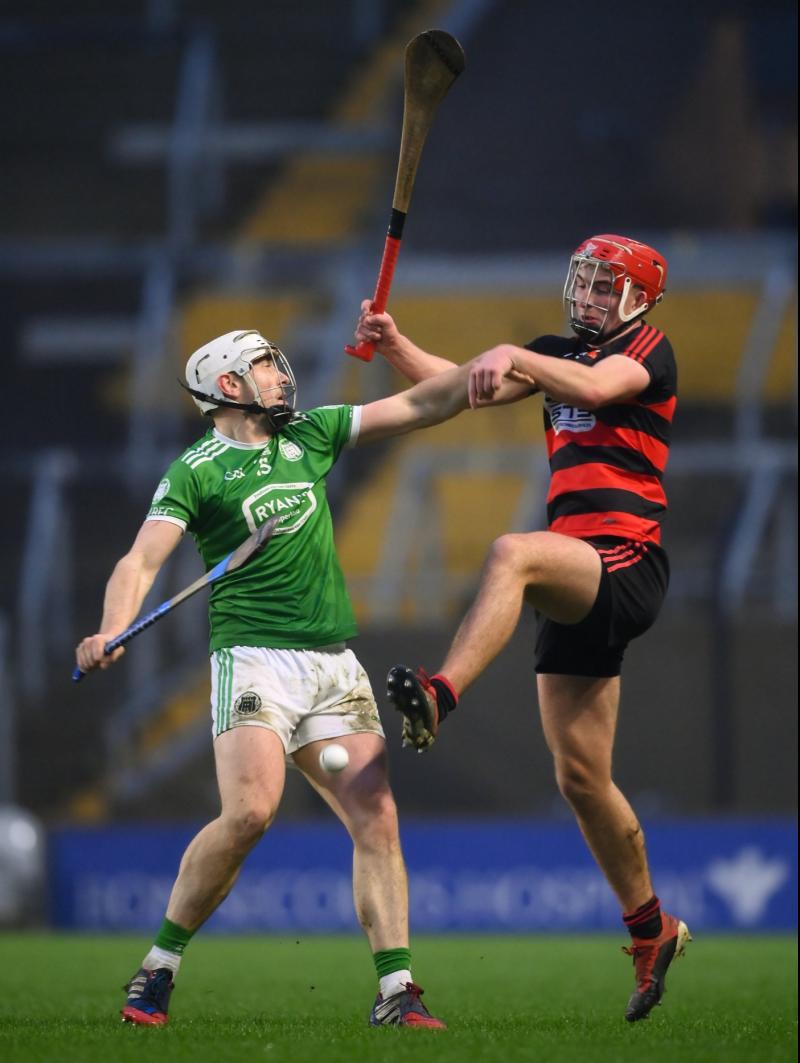 KILMALLOCK corner-forward Kevin O’Donnell cut a disappointed but hopeful figure after his side were well beaten by Waterford champions Ballygunner in the AIB Munster club senior hurling final at Páirc Uí Chaoimh on Sunday evening.

After a long, but successful season which saw The Balbec crowned Limerick champions to ensure the Daly Cup returned to East Limerick for the first time in seven years, Tony Considine’s side suffered a heavy 3-20 to 1-12 defeat at the hands of the clinical Waterford outfit.

Kilmallock started strong with two early points, but once Dessie Hutchinson raised the green flag in the 10th minute to put Ballygunner 1-3 to 0-2 ahead, O’Donnell and his side knew they had a mountain to climb.

Kevin Mahony and Billy O'Keeffe added further goals in the second half to blast their side to their third-ever Munster title thanks to a comprehensive 3-20 to 1-12 win, a 14-point defeat for Kilmallock which O’Donnell admits saw his side outclassed by a better team on the day.

“They have a bit of class, and they really had a game plan that really suited their play. They were pulling fellas back the field and working the ball up, and I suppose we really had no answer to it today.

“There were a few injuries for our lads before the game which unsettled the team and Michéal (Houlihan) going off then 20 minutes into the game – our free taker and our talisman at the moment – really upset the team.

“Against a quality team like that it’s hard to pull it back. The scoreline probably flatters the game a little bit. They were probably the dominant team but maybe not by that much. There were a lot of 50/50 balls in the middle of the field that we didn’t get, and the flicks were going their way. It was a tough game for us overall.”

However, O’Donnell feels his side started to lose their grip on the game early on, despite a promising start from Considine’s charges.

“We didn’t get our stamp on the game at all,” he said. “You could see what they were doing."

"They were pulling off our half-back line, they knew our half-back was a bit static and we were going to hold our position like we’ve done throughout the whole year. That was putting the pressure on our forwards to work back and make a compact unit, but I thought it didn’t work for us. And on top of that, they were slick. There were no handling errors on their side. That didn’t let us settle at all.”

O’Donnell praised the large Kilmallock travelling support who turned out in their numbers, despite the wintery conditions on Sunday, after a long wait since their club’s Munster semi-final win over Midleton on December 12.

“It is a pity for the supporters really,” he added.

“The game was nearly over at half time which is a pity for them after coming all the way down here.

"They’ve been great all year for us. There has been a huge support and there has even been support up at training with people watching which has been great. There has been a buzz around the town but with Covid it put a little bit of a damper on it over Christmas because lads had to mind themselves.

"They are a great crowd, great support, and we will be back again – there is no fear of us.

“Limerick is definitely the toughest championship in the country. You have to get through five or six teams that are well capable of going out in Munster and doing well. We’ll be back. We are a good team."