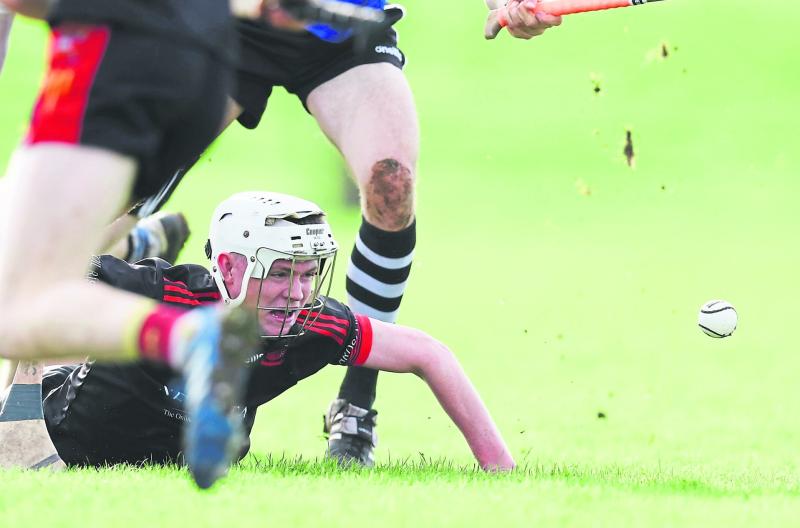 ÁRDSCOIL Ris booked their place in the semi-finals of the Dr Harty Cup, thanks to a hard fought 1-14 to 0-12 quarter-final win over Midleton CBS at Mallow on Saturday afternoon.

Ardscoil are now set to face Thurles CBS in the Munster Colleges' senior A hurling semi-final as the Limerick side look to take another step towards securing a first Dr Harty Cup title since 2018.

A first half goal from Askeaton's Oisin O'Farrell and the excellent free-taking of Niall O'Farrell which saw him contribute 10 points from placed balls proved crucial factors in this deserved win for the North Circular Road side.

This win saw Ardscoil repeat their 2018 final success over Midleton, who had four Cork All-Ireland minor final winners from last year in their ranks.

The sides were level on three occasions during the opening 14 minutes. Conditions were dry overhead to start with, but the pitch was heavy as one would expect at this time of the year.

It was a day when a big workrate and industry as well as ab assured first touch and a pure strike of the sliotar were always going to be crucial.

Midleton opened the scoring with a smashing point from Danie Murnane in the second.

However, the hugely influential Niall O'Farrell brought Ardscoil level with a pointed free in the fifth minute.

Rian O'Byrne, with an excellent point from play, and O'Farrell again from a free had the sides tied at 0-3 each after Jack Leahy and Diarmuid Healy pointed for the East Cork side.

Both sides did create goal opportunities in that opening quarter, but Ardscoil goalkeeper Gully denied Wilk, while Midleton’s Paudie O’Sullivan blocked an effort from Dylan Lynch.

The crucial score of the opening half arrived just before the water break when Ardscoil Ris' Shane O'Brien sent the ball into the danger area, before Oisin O'Farrell flicked the ball past the Midleton 'keeper for a goal.

A point soon after, also from Oisin O'Farrell, had the Limerick side 1-4 to 0-3 in front at the water break.

Ardscoil, who were impressively marshalled in defence by the likes of Cian Scully, Michael Gavin and John Fitzgerald, outscored their rivals 0-5 to 0-3 in the second quarter to take a grip on the game before half-time.

O'Byrne chipped in with another excellent point from play, while Niall O'Farrell maintained his excellent form from placed balls.

With Cian Scully a commanding presence in defence, Ardscoil Ris were growing in confidence and the North Circular Road side were full value for their six point half-time lead.

The industrious pairing of Rian O'Byrne and JJ Carey held the upperhand for the winners at midfield in that opening half.

Ardscoil stretched further clear after the restart with two quickfire pointed frees from O'Farrell seeing them into an eight point lead by the 33rd minute, 1-11 to 0-6.

Conditions were extremely difficult during that third quarter with a heavy shower of rain.

To their credit, Midleton battled bravely and got within four points of their opponents, 0-12 to 0-11, after 54 minutes.

However, a smashing individual point from play from Shane O'Brien, the Limerick side's only score from play in the second half, sealed Ardscoil's passage to the semi-final, before fittingly Niall O'Farrell added the final point through a late free.