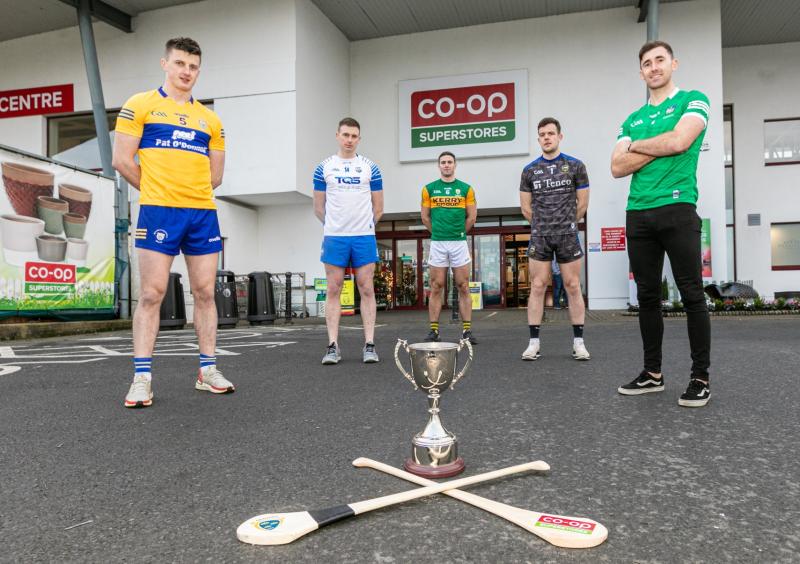 ALL-Ireland champions Limerick are gearing up for their first outing of 2022 in the semi-finals of the Co-Op Superstores Munster Hurling Cup this month.

John Kiely's Limerick side will host the winners of next Saturday's opening round meeting of Tipperary and Kerry in the semi-finals of the start-of-season competition on Friday January 14 at the TUS Gaelic Grounds.

It will be the Shannonsiders first game since last year’s All-Ireland Final success.

Meanwhile, Clare will host Waterford under lights in the other semi-final scheduled for Friday January 14 at Sixmilebridge with the 2022 Co-Op Superstores Munster Hurling Cup Final pencilled in for Saturday January 22.

The launch of the competition took place at the Co-Op Superstores in Raheen, Limerick which is the flagship store in Dairygold’s retail network, in the presence of players from the participating counties - including Barry Nash (Limerick), Diarmuid Ryan (Clare), Fionan MacKessy (Kerry), Barry Hogan (Tipperary) and Austin Gleeson (Waterford).

Commenting at the launch, Munster GAA Chairman Liam Lenihan said: “The Munster Council is pleased to facilitate this pre-season competition for our counties as it provides participating teams with a great opportunity to prepare for the very competitive Allianz League starting in early February.

"Great work is been done by Coaching and Games Development in all Munster counties and this competition gives counties the opportunity to introduce exciting young talent in to their team set-up and give them a flavour of the standards required at the top level. Thanks to Co-Op Superstores for their continued support as competition sponsor and we look forward to working with them in the weeks ahead.”

Speaking at the launch, Liam O’Flaherty, Head Of Dairygold Agri Business said: “We are delighted to join forces once again with Munster GAA in what is a most exciting and competitive era for hurling in Munster.  Through our network of retail stores and our online store coopsuperstores.ie our business is connected with the GAA across all communities.

"Supporting Munster Hurling is a natural fit for Co-Op Superstores and Dairygold and we look forward to another great competition this year.”

All games in the Co-Op Superstores Munster Hurling Cup will be streamed live on www.clubber.ie