Munster Rugby side to face Connacht in Galway is named 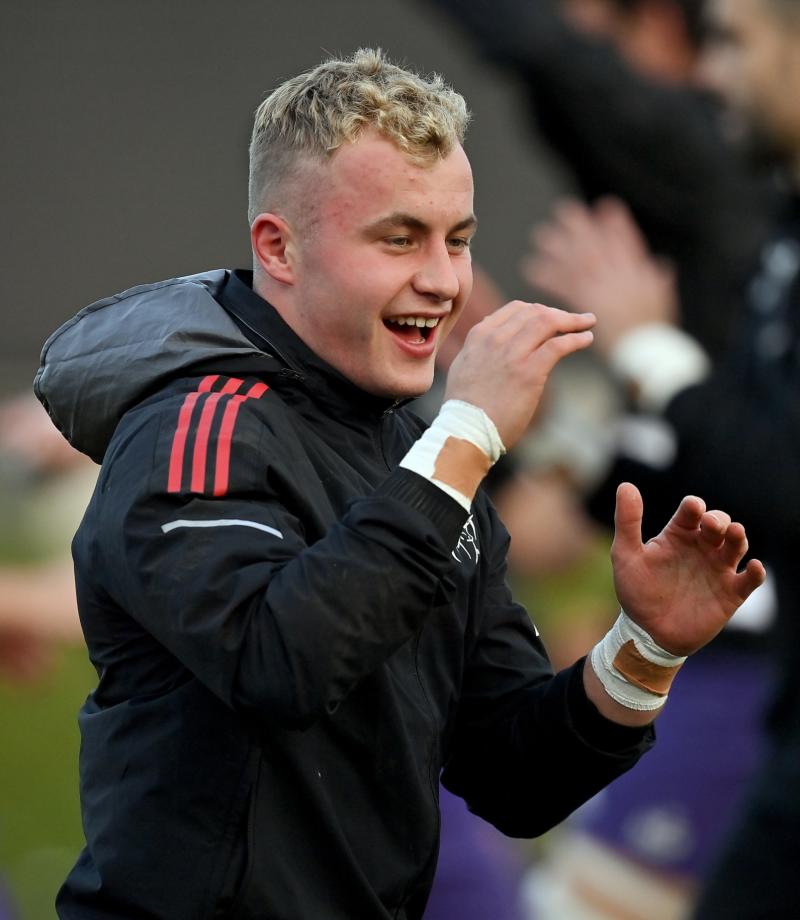 The Munster rUGBY team has been named for the United Rugby Championship clash against Connacht at the Sportsground on New Year’s Day, 5.15pm.

Jack O’Donoghue captains the side with seven changes to the team that defeated Castres in the Champions Cup last time out.

Stephen Archer, Gavin Coombes, Shane Daly, Mike Haley and Fineen Wycherley all start on their first appearances since October with Craig Casey and Kendellen also coming into the starting XV.

Haley is named at full-back with Andrew Conway and Daly on either flank.

Damian de Allende and Chris Farrell continue their centre partnership with Casey and Ben Healy in the half-backs.

Dave Kilcoyne, Niall Scannell and Archer pack down in the front row with Jean Kleyn and Wycherley in the engine room.

The back-row combination of O’Donoghue, Kendellen and Coombes completes the starting XV.

Included among the replacements, Rory Scannell is in line to make his 150th appearance for the province.