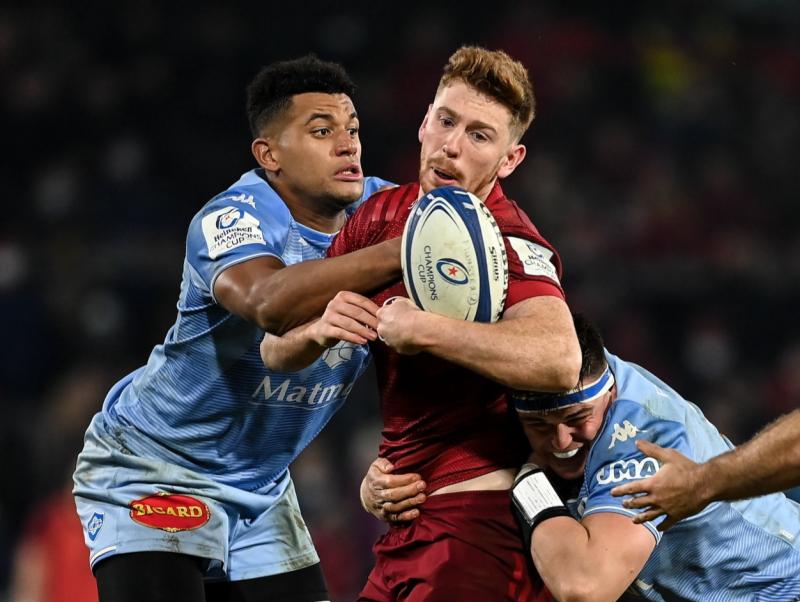 MUNSTER Rugby's exciting young out-half Ben Healy says he is 'happy with the way things are looking' in terms of his contract talks with the province.

Twenty two-year-old Healy signed a new one-year contract with Munster for this season. Scottish-qualified Healy is understood to have been approached about a possible move to Glasgow Warriors but opted to remain at Munster for the 2021/2022 campaign.

Playmaker Healy indicated this week that he is happy with the way his contract talks with Munster Rugby are progressing.

Healy said: “Yes, there is movement. Obviously I can't divulge too much, but yeah heading in the right direction, I am happy with the way things are looking.”

With Joey Carbery currently on the sidelines with an injury, Healy made his first start for Munster Rugby in a Heineken Champions Cup fixture when the province hosted Castres at Thomond Park.

Healy said: “It was incredible. It is just another stepping stone in your career that you dreamed about since you were however many years old when you started playing rugby. Even little things like finishing the warm-up and you do the half-lap when Pete [O'Mahony] is leading you round and you have the crowd standing shouting behind you, it’s special.

“The whole game was special. Obviously, the performance, there were a few things we picked out that we would have been looking for improvement on, but we got the result. It was my first start in a packed out Thomond Park on a European night, so it was very, very special.”