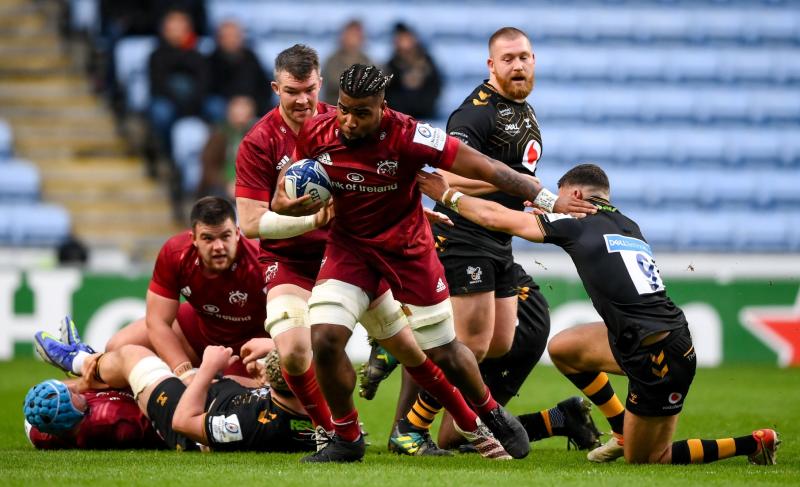 Limerick back-row Daniel Okeke, in action for Munster against Wasps in the Heineken Champions Cup this month, starts for the Munster Development side against the Ireland U20s in Cork

The Munster Development side has been named for Thursday’s Challenge Match against the Ireland U20s at Musgrave Park (2.30pm).

With the Ireland U20s commencing their Six Nations preparations before Christmas out half Butler joined his Garryowen colleague Dylan Murphy, who starts at hooker, and centre Darragh French (UCC) when lining out against Italy in a warm-up encounter.

Phillips, who most recently lined out with his club Young Munster and the Ireland 7s, starts at fullback and is flanked by wingers Oji and George Coomber (UCC).

It’s a UCC centre pairing with Daniel Squires joining French in midfield with Young Munster’s Adam Maher starting inside Butler at half back.

In the front row Murphy is propped up by Shannon’s Kieran Ryan and fellow Garryowen-man Darragh McCarthy.

Cork Con’s John Forde and Cashel’s Fearghail O’Donoghue pack down in the second row with Keller, UCC’s Jack O’Sullivan and Okeke completing the back row.