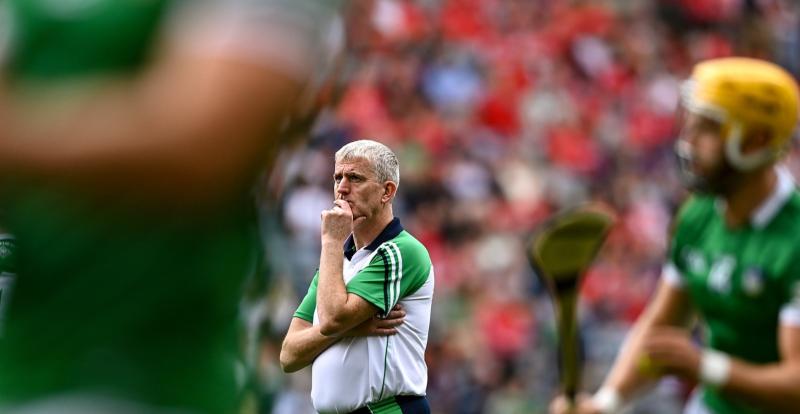 GROWING up in a family-run pub helped lay the foundation for John Kiely's leadership skills, according to the man himself.

The Limerick hurling manager gave a lengthy interview to Petula Martyn, who was standing in for Ryan Tubridy on his Radio 1 show this Wednesday morning.

During the wide-ranging chat, everything from selection boxes to playing against Henry Shefflin, to how "culture definitely drives everything" was discussed.

One of the questions John faced from the former Limerick Leader journalist was the impact of growing up, and working, in the Galtee House bar in Galbally.

"To be a leader, one of the most important facets is being able to connect with people. When you are working behind the bar you're going to get people coming in aged from 18 to 90.

"You are going to have to find a way of connecting with everybody who comes in. You have to maintain conversation and be interested. Those skills I picked up as a child helped me build a skillset interested in all different backgrounds."

John said he and his family worked as a team and like managing the senior team it is 24/7.

"You trust the people around you to do the right thing at the right time. The unpredictability and adaptability is something I would like to think benefited me."

A sleepy Saturday afternoon could be interrupted by a bus load of tourists piling in. Or, like it was in the summer of 2021, you could be going into the dressing room at half-time against Tipperary with them after tearing your team apart.

Petula put the question to John, what exactly was said in the dressing room at that time?

"I have a line, 'Good people make great things happen'," came the reply.

"That’s something I have always believed in - good people can make anything happen if they really put their mind to it. We were calm, we analysed the situation, we made the best decisions we possibly could going out in the second half. Most importantly, it was trusting the players. We never gave up on the players. That trust is built up over time."

And we all know what happened in the second half.

Continuing the Premier theme, Petula asked the Galbally man about being the principal of a school in Tipperary town, Abbey CBS.

"It is an unusual situation that I am from Limerick, living in Limerick but working in Tipperary and always have done."

But John feels at home there as he went to the Abbey as a boy. He spoke of the phenomenal reception from staff, students, parents, past pupils and the people of Tipperary after Limerick claimed Liam MacCarthy in 2018.

"They don't want the success to continue too long. Everybody was relieved for us to make the breakthrough. That is gone now. The battle lines are well and truly drawn again!"

To listen to the full interview - and find out about the aforementioned selection boxes, Henry Shefflin as Galway manager, the importance of humility within the group, media mistakes and how Limerick will deal with going for a three-in-a-row - it will be available here.