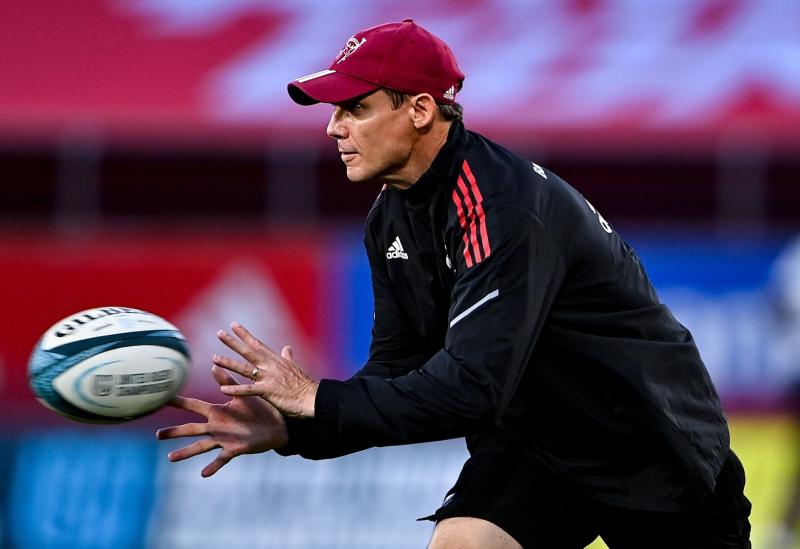 MUNSTER Rugby senior coach Stephen Larkham says the players have returned to training 'nice and refreshed' after getting an extended Christmas break after their scheduled St Stephen's Day URC fixture was postponed.

The interprovincial derby scheduled to take place at Thomond Park was called off when Leinster reported a number of positive Covid-19 cases in their squad.

Stephen Larkham said: "I guess there’s a bit of frustration (with the postponement), the fact we have to make these games up now. You know, the Bulls, the Lions and Leinster now, we have to make those games up so there’s going to be a fairly heavy run moving forward but even that Leinster week, to have the four extra days off was actually a pretty good blessing.

“I think guys going into Christmas nice and relaxed, enjoying their time at home and then they’ve come back in this week nice and refreshed. So there hasn’t been a lot of frustration, I think there are certain individuals, maybe the double isolation was a bit of a trek for them but outside of that I think there’s been a lot of positives in this last month as well.

“We finished training last Wednesday and then we had Thursday, Friday, Saturday, Sunday off, so a nice little break for the boys.

“We’ve had a few breaks, I guess, over the last month and a bit but that was nice to get the prep right around Christmas. Some of the boys travelled a fair distance to get home, other guys just prepped what they would normally do for Christmas Day, they prepped that a little bit earlier.”

Munster Rugby are now preparing for the New Year's Day interprovincial URC meeting with Connacht at the Sportsground in Galway, 5.15pm.

Munster report no new fresh injuries ahead of this Saturday's trip to Galway.

Larkham said: "We’ve got a training session this (Tuesday) afternoon, we’ve had one this morning. We had a unit session this morning, we had a good run yesterday and we’ve obviously got a lot of Covid around at the moment so we’re at the stage where we’re tracking pretty well but things change pretty rapidly over the course of 24 hours.”