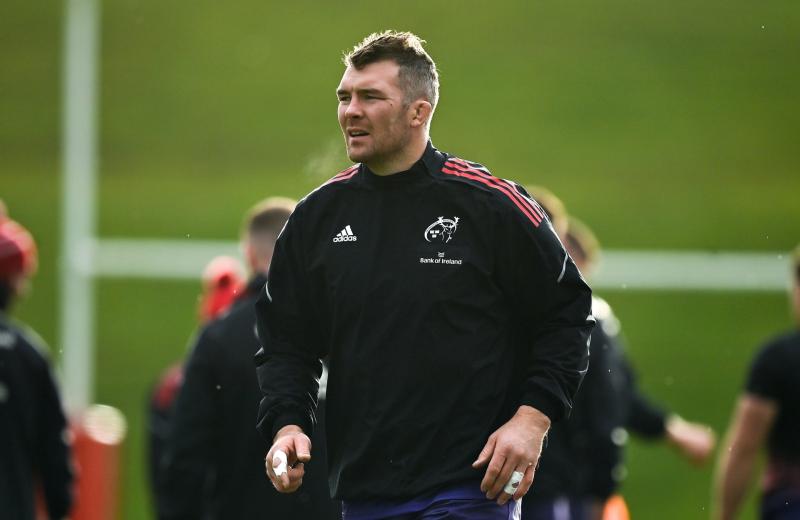 MUNSTER Rugby captain Peter O'Mahony has apologised to Garryowen FC over his choice of words in a video he appeared in prior to an U15 fixture with Limerick rivals UL-Bohemian.

In the WhatsApp video, which has been widely circulated on social media, O'Mahony uses a derogatory comment in relation to Garryowen, revealing his dislike for the Dooradoyle side.

O'Mahony was wishing the UL-Bohs U15 side well in their North Munster U15 league final meeting with the Light Blues last weekend in the video.

In correspondence to the U15 players and coaches, seen by the Limerick Leader, the Chairperson of Underage Rugby in Garryowen FC, said she understood the 'frustration and upset' the video message had caused.

The correspondence continued: "As we all know by now the contents of the video containing the views expressed by Peter O'Mahony, while in wishing UL Bohemians well in their North Munster U15 League final against Garryowen, it also contained inappropriate comments directed towards our U15 team and the wider club in general."

The matter was reported to the Executive Committee of Garryowen FC.

The club officers, having discussed the matter, had made their 'deep concern' known about the inappropriateness of the comments.

The correspondence from The Chairperson of Underage Rugby in Garryowen to the parents and players explained that the Garryowen FC Club President had received a phone call from Peter O'Mahony in which he had 'expressed his sincere remorse and apologies for the video and the effect that it has had on our U15s, their coaches, their parents and the wider club. He undertook to do his part to try and redress that'.

The letter explained that O'Mahony had made a second video in which he apologises for the first video. This video was due to be shown to the parents and players before their training session on Friday evening.

The letter continued: "In addition to the video, following discussion with the Garryowen President, Peter O'Mahony has also agreed to write to the club and meet the U15 players in person in the near future."

The letter also explained that UL-Bohemian had also been in contact and that they had apologised for the video.

"We hope that these actions by Peter as an apology will bring the matter to its conclusion," the letter continued.