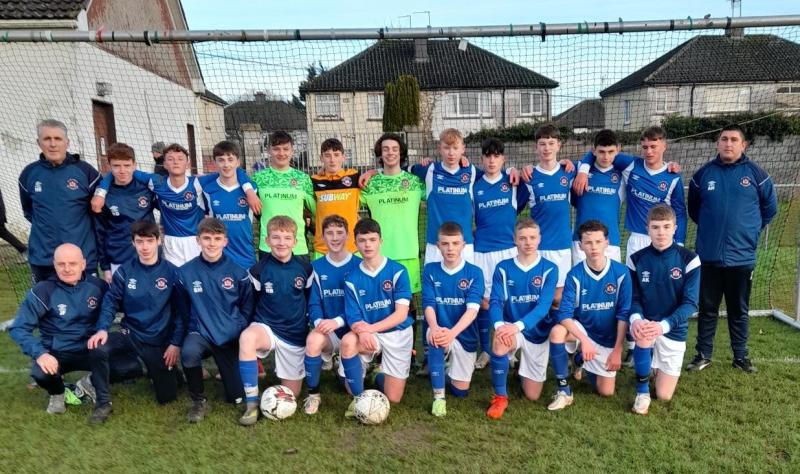 THE Limerick District Schoolboy League (LDSL) side has qualified for this weekend's Plate final at the Kennedy Cup.

Limerick District will take on the Wexford League in the final at UL on Saturday at 4.30pm after defeating the Midlands League 3-0 at the Willow Park AFC in Athlone in their semi-final.

Saturday's Plate semi-final began at a hectic pace. The LDSLs back four of Jamie Faulker, Jake Houlihan, captain Jamie Mitchell and Ethan Joyce had to be at their best all day as the Midlands front line remained threatening. Limerick District keeper Ethan Barry made a great save early in the first half to keep the game scoreless.

Right winger Shane Finucane was a constant threat for the Midlands defence and was unlucky not to score on two occasions.  Centre forward Rauiri Mullins worked hard and held up the ball well while waiting for support from the midfielders to link up.

Sean Costelloe succeeded in switching play to try and open up the Midlands Back four as Limerick settled well into the game.

The game remained 0-0 at half-time.

The pace of substitute Diego Galero started to trouble the Midlands defence after his introduction. The midfield trio Sean Costelloe, Lee Maguire and Jayden O'Donovan was also gaining the upperhand.

From a free kick on the left hand side, Sean Costelloe sent a perfectly weighted ball to the back post where he found the in rushing Shane Finucane who finished with a super strike that found the back of the net with just seven minutes remaining.

The Midlands pushed players on to try and find an equaliser and left themselves open to the counter attack which the Limerick players took full advantage of when Jayden O'Donovan picked up the ball in the middle of the field before finding Diego Galero who calmly finished to the back of the net with the keeper coming out to close him down.

Almost one minute later, the same player again outpaced the Midlands defence and again he found the net under pressure to finish off a remarkable last seven mins for the Limerick side as the game had looked destined to go to extra time.