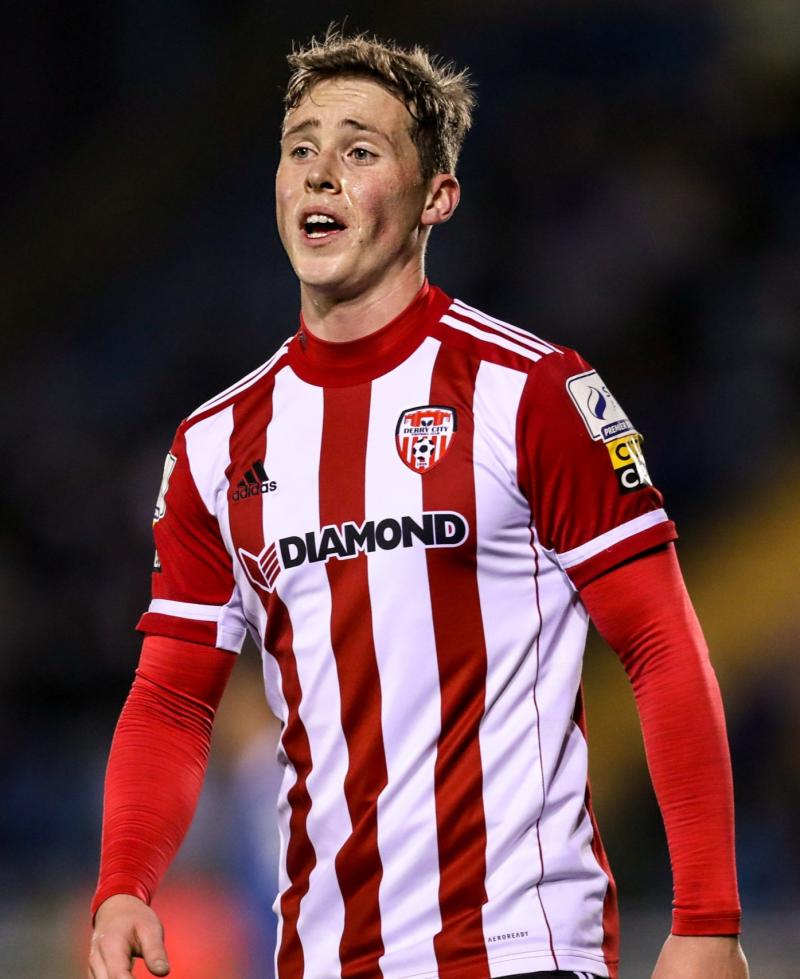 Twenty two-year-old Fitzgerald, from Raheen, had spent the 2021 season playing with the Brandywell club. He joined the Candystripes from Waterford FC on a 12-month contract at the start of this year.

The highly rated winger made 35 appearances in all in 2021 for Derry- 18 of those from the bench- and although he didn’t score competitively for Derry, he led the way in ‘assists’ with seven.

Derry City Manager Ruaidhri Higgins said- “On behalf of everyone at Derry City I want to thank Will for his contribution this season and wish him well for the future.”

Fitzgerald joined Waterford FC in July 2019, having enjoyed an impressive season with Limerick in the Premier Division in 2018.

Fitzgerald, who played his schoolboy football with Mungret Regional, went on represent the Limerick District Schoolboy League at Kennedy Cup level, under the management of Jason O’Connor.

Will Fitzgerald has left the club after the Limerick man's 1-year contract at the Brandywell expired.

Manager Ruaidhri Higgins: "On behalf of everyone at Derry City I want to thank Will for his contribution this season and wish him well for the future"https://t.co/5AUkesfl9P pic.twitter.com/v7itDfkvxL