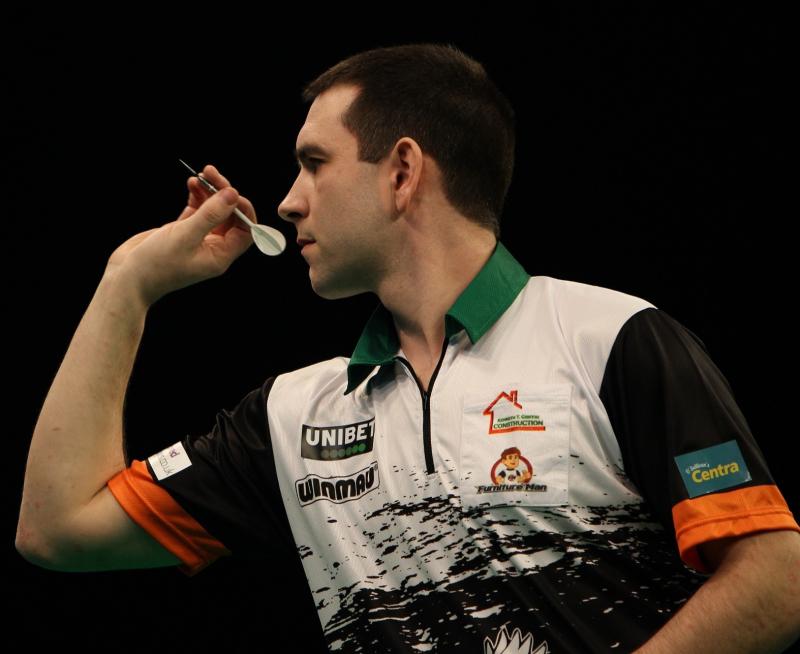 LIMERICK man William O'Connor has learned his first round draw for the 2021/22 PDC William Hill World Darts Championship which begins at the Alexandra Palace in London in the middle of December.

Cappamore man O'Connor has been drawn against American Danny Lauby in the opening round of the prestigious event which runs from December 15 through to January 3 at the 'Ally Pally' and boasts a totoal prizefund of stg£2.5 million.

Thirty five-year-old O'Connor, nicknamed The Magpie, reached the second round of the 2020/2021 World Championship before losing out narrowly 3-2 to Daryl Gurney, of Northern Ireland, in a deciding set.

World ranked number 42 O'Connor had earlier defeated Niels Zonneveld, of the Netherlands, in the opening round of the tournament which is televised live on Sky Sports.

Should O'Connor reach the second round of the World Darts Championships, he will face 24 seed Glen Durrant, of England.

O'Connor defeated world number 12 Krzysztof Ratajski, of Poland, 6-4 to advance to the third round where he lost out to top seed Jose De Sousa.

The Limerick arrowsmith defied no fewer than 10 x 180 throws from England's Chris Dobey to steal a 6-5 victory in their opening round contest on Friday night.

William O'Connor's first round 2021/22 PDC William Hill World Darts Championship opponent Danny Lauby finished top of the CDC US Tour Final Standings, securing him a return to Alexandra Palace where he made his debut in December 2020, narrowly losing 3-2 to Ryan Searle.

The 2021/22 William Hill World Darts Championship takes place from December 15 to January 3 at London’s Alexandra Palace and will feature 96 battling it out for £2.5 million in prize money and the Sid Waddell Trophy.