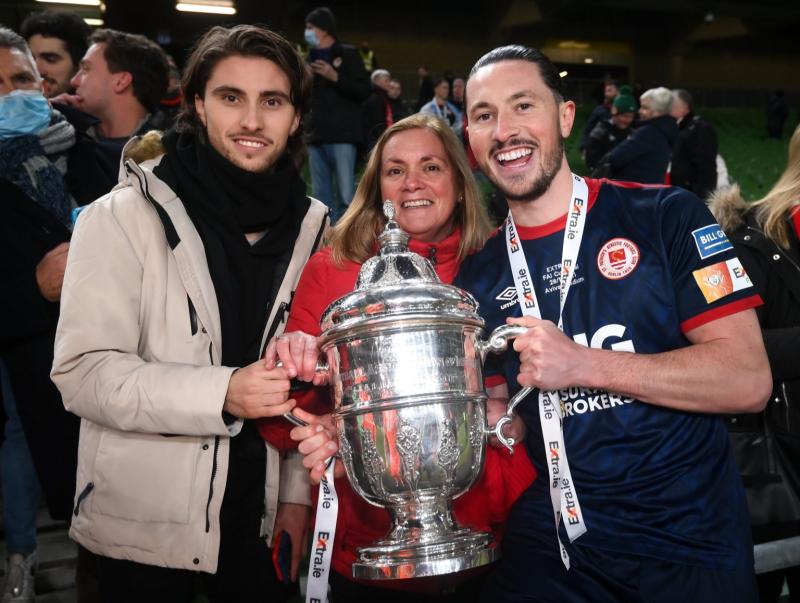 Twenty five-year-old Coughlan showed admirable composure to convert from the penalty spot as St Pat's defeated their Dublin rivals 4-3 on penalties in their shoot-out at Lansdowne Road.

Coughlan had been sprung from the bench in extra time of a dramatic final which attracted a record Lansdowne Road attendance for the showpiece final of 37,126.

The sides had been tied 1-1 after extra-time.

St Pat's first FAI Cup success since 2014 was a memorable way for Limerick native Coughlan to sign off on his first season at the Inchicore club.

Coughlan joined Limerick FC as a 16 year old after playing schoolboy football with Mungret Regional. He was a member of the Limerick Regional Emerging Talent Centre and won local league cups from U-11 to U-16 and holds local league medals at U-11 and 12.

He represented Munster in the FAI U-17 Interprovincial Tournament in Wexford in 2012/13 season and played for Limerick’s under 17s and under 19s.

The Limerick man moved to Huddersfield Town from Limerick FC in July 2014 where he spent three years.

After returning to Ireland, he initially joined Bray Wanderers before playing a single season with Cork City in 2018.

Coughlan then had two seasons at Sligo Rovers where he scored 14 goals in 47 league appearance before moving to St Patrick's Athletic for the 2021 season.