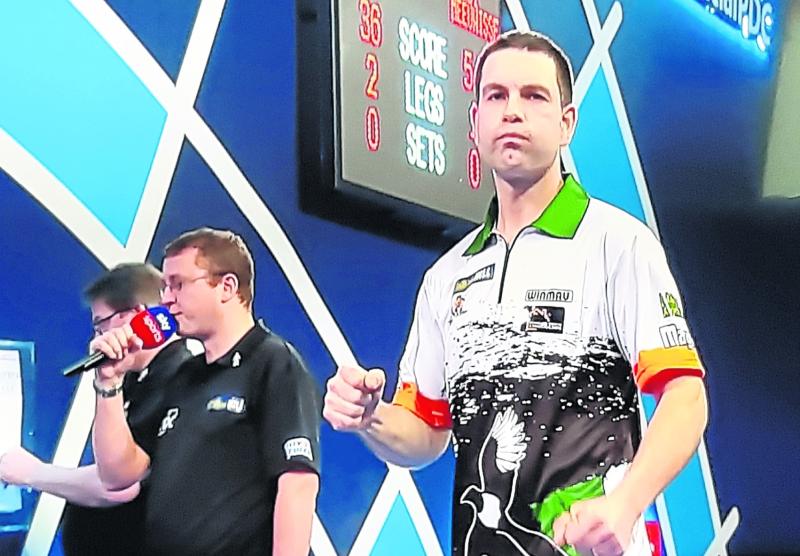 LIMERICK man William O'Connor booked his place in the last 16 stage of the stg£500,000 Ladbrokes Players Championship Finals with a thrilling second round win on Saturday afternoon at Butlin's Minehead Resort.

O'Connor, nicknamed The Magpie, defied no fewer than 10 x 180 throws from England's Chris Dobey to steal a 6-5 victory in their opening round contest on Friday night.

The Limerick man will now face top seed Jose De Sousa in his third round match on Saturday night.

Thirty five-year-old O'Connor has a PDC world ranking of 42. The Stage 1 action from the championships is live on ITV4.

Not his finest performance but William O'Connor wont care as he beats Krzysztof Ratajski to reach the Last 16 in Minehead.

6-4 victory for the Magpie over the Polish Eagle. pic.twitter.com/FXR148wNYd

The tournament then concludes on tomorrow Sunday November 28, with the afternoon's quarter-finals followed by the semi-finals and final in the evening session.