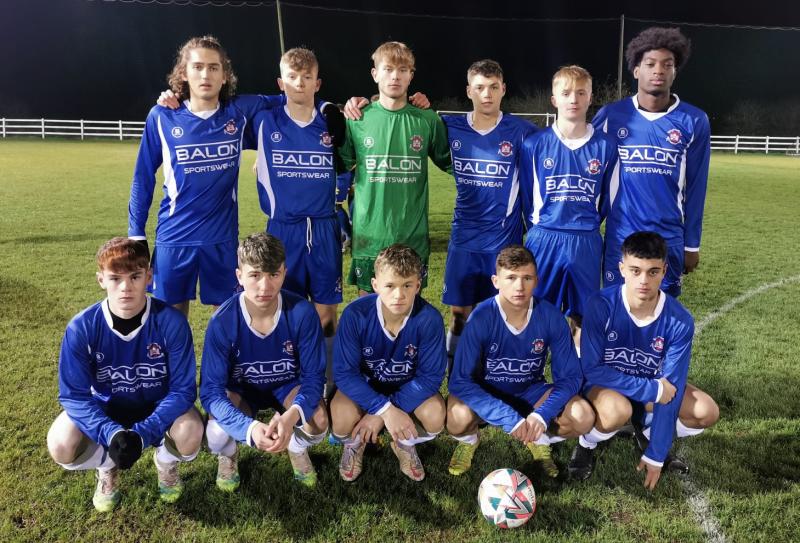 THE current holder's of the Oscar Traynor Youths, the Limerick District League made the short trip to Clare in their opening encounter in this three-team group.

The group also includes the Cork League who had inflicted a 6-0 defeat on the Clare league in their opening fixture.

On a bitter cold night both sides had their moments in this six-goal thriller.

The Limerick net minder Ryan Manning had to be alert seven minutes into Wednesday night's game as he was quick of his line to deny Craig Reardon.

On 17 minutes, the hosts took the lead from a corner and corners would play a pivotal role in this game as Arran Kelly's
ball into the area fell to Josh Vaughan who powered a cracking effort to the top corner.

Ten minutes later Clare doubled their lead as, from another corner, Kelly's precise in swinger was flashed to the net by Craig Reardon.

Just past the half hour mark, Limerick got back into this game at 2-1 when Leon Kirrane's sublime ball found Cian Specht who finished off in style to leave Clare in front at the break by the odd goal in three.

However, the visitors conceded a third goal early in the second half as, for a third time from a corner, Kelly was once again the provider as his precise delivery was headed firmly to the net by Johnson Mummumtum.

After this the LDL upped the tempo and in the 71st minute they were rewarded as Gavin Mellerick played a quick fire ball into the path of Cian Specht who kept his composure to slot the ball by the advancing net minder for 3-2.

After this the LDL went close through Jamie Hogan, Willie Casey and Leon Kirrane, but to no avail

However in the 93rd minute it was all square when Jamie Hogan reacted quickly to a through ball as cool as you like, he finished it off in style to tie up this game at 3-3.

With this draw Limerick now need to beat Cork who will travel to Jackman Park in the next fortnight.

As it's the group winners coupled with the best runners up that will advance to the next round, Dean Lillis and his backroom staff know a victory is a must to qualify.