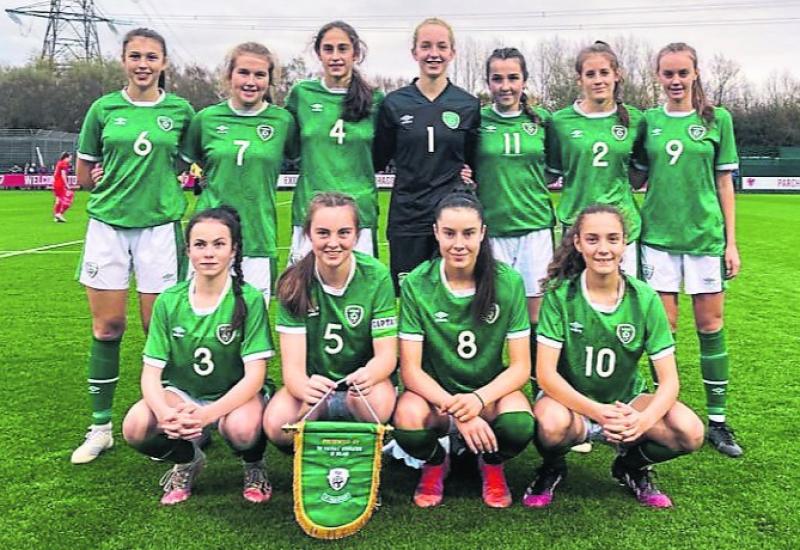 The Republic of Ireland U16 side which defeated Wales 1-0

TWO Limerick teenagers helped the Republic of Ireland Women's U16 side score two wins over Wales in international fixtures in Newport over the past week.

Katie Lawlee lined out for the Republic of Ireland Women's Under-16s which scored a 1-0 victory away to Wales in Dragon Park, Newport, on Saturday last.

Treaty United goalkeeper Nicole Nix lined out for the Rep of Ireland U16s in Monday's 4-1 win over the Welsh in Newport.

Head Coach Tom Elmes will be pleased with his side's two wins in Wales.