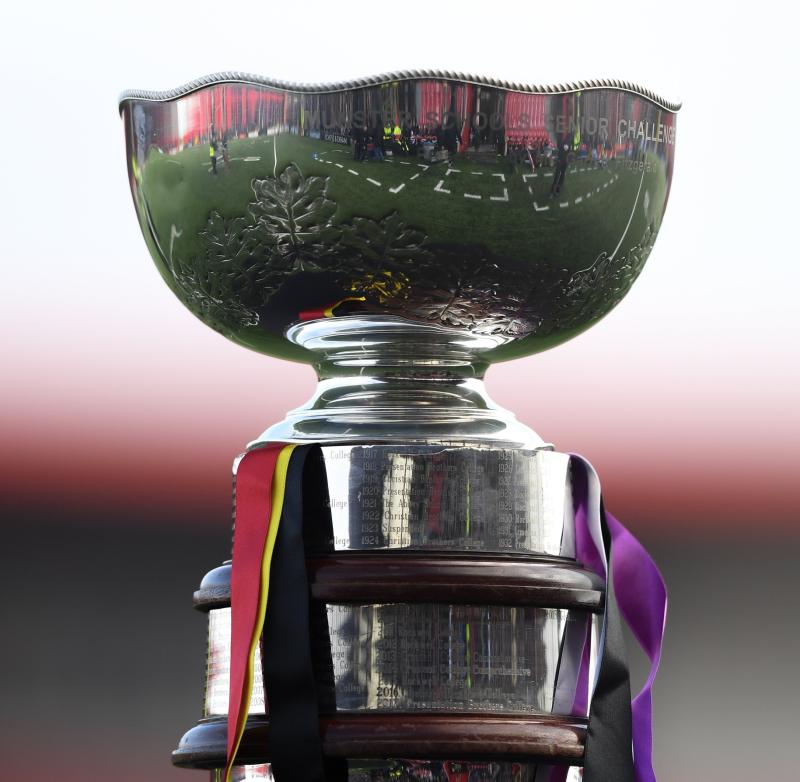 THE final series of group stage fixtures in the Munster Schools Senior Cup saw victory for Crescent College Comprehensive, but a narrow loss for Árdscoil Rís, while there were also defeats for St Munchin's College and Glenstal Abbey this Wednesday.

In Group A, Crescent College Comprehensive scored five converted tries in easing past Rockwell College 35-12 in Tipperary on Wednesday.

The victory ensured Crescent completed the group phase of the competition with a clean sweep of wins.

Crescent enjoyed a 7-0 lead at half-time at Rockwell College, thanks to a try from prop Mark Fitzgerald, which out-half Ciaran Campbell converted.

The Limerick side led 14-7 after 12 minutes of the second half as Fitzgerald struck for his second try of the game, with Campbell again adding the extras.

Crescent then struck for their third try of the contest when Joe McEnery crossed the whitewash. Campbell again converted for 21-7.

After Rockwell got themselves back in the contest when scoring their second try for 21-12, Crescent tightened their grip on the game with a fourth try, this time scored by full-back Jed O'Dwyer.

The ever reliable Campbell also added the extras for 28-12.

O'Dwyer then struck for his second try of the game, with Campbell landing his fifth conversion of the afternoon, to seal an impressive win for the Dooradoyle students.

Also in Group A, St Munchin's College suffered a 5-22 defeat to CBC, of Cork, at Lansdowne.

Despite playing with the aid of a strong wind, St Munchin's trailed 0-10 at half-time on Leeside.

The gritty Corbally side did get right back into the contest early in the second half, however, with a try from Conor O'Brien five minutes after the restart.

However, a physically imposing CBC side went on to bring their try tally for the game to three in easing clear through the final quarter.

St Munchin's finish the group phase of the Cup with two wins from their four games.

In Group B, Árdscoil Rís suffered a narrow 19-20 defeat to Bandon Grammar School at North Circular Road on Wednesday afternoon.

Ardscoil were left to rue a slow start to the game as Bandon struck for two converted tries in the opening half to lead 14-0.

To their credit, a resilient Ardscoil side hit back before the break to haul themselves back into the contest at 7-14. Paddy Hassett grabbed the try for the Limerick side, while Aaron Byrnes added the conversion.

Ardscoil crossed for their second try of the contest in the third quarter when prop Emmet Calvey dotted down, while Byrnes landed the conversion.

However, visitors Bandon retained a 17-14 advantage until Sam Brown's try saw the home side gain a two point advantage at 19-17.

However, the decisive score of the game proved to be a late Bandon penalty goal which saw the West Cork side secure a narrow victory.

Also in Group B, Glenstal Abbey fell to a 42-0 defeat to an impressive PBC side at Murroe on Wednesday afternoon. The Cork students ran in six tries in all.

The final group standings will see Castletroy College take on the B school qualifier in one preliminary round game in January, while Glenstal Abbey will face Rockwell College in the second preliminary round fixture.

The winners of these two games will advance to join the six remaining schools in contention for Senior Cup honours.