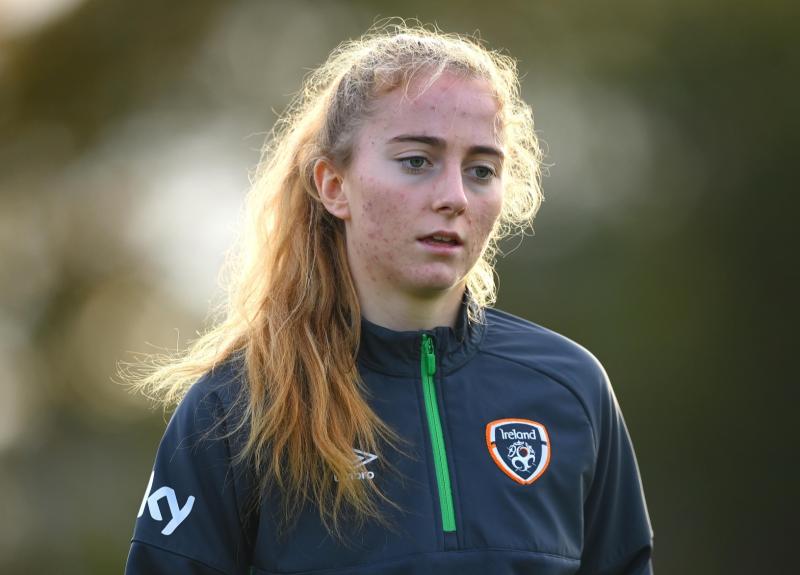 A HIGHLY-REGARDED Limerick soccer player has been short-listed for one of the top accolades at the 2021 SSE Airtricity Women's National League Awards.

Aoibheann Clancy, from Kilbehenny, is one of three nominees in the Young Player of the Year category.

Clancy, who has already represented Ireland at under-age level, is currently playing with Wexford Youths in the Women's National League (WNL).

Clancy, who has previously played with Limerick FC, has enjoyed an impressive season in the SSE Airtricity Women's National League which has seen her called up to the Republic of Ireland senior squad.

Midfielder Clancy, who has represented Galtee Gaels Ladies football side, faces competition from her Wexford Youths clubmate Ellen Molloy and Jessie Stapleton from Shelbourne in the Young Player of the Year category.

The 2021 SSE Airtricity Women's National League Awards will take place on Wednesday, December 1 to honour those who excelled this season.

The Awards will celebrate what has been a thoroughly entertaining campaign, which will finish this Sunday with the EVOKE.ie FAI Women's Cup Final, which features Clancy's Wexford Youths side.

Manager Vera Pauw is preparing her team for their third & fourth games in Group A with Slovakia coming on Thursday, November 25th before facing Georgia on Tuesday, November 30th.

The Wexford Youths and Shelbourne players will link up with the squad after the EVOKE.ie FAI Women's Cup Final on tomorrow Sunday, November 21 - with the rest of the Ireland squad set to attend that game as spectators.

Also, there will be awards for Team of the Year (made up of the best 11 players), Golden Boot, Golden Gloves, as well as EA SPORTS Women's Under-19 & Under-17 Player of the Year.

Voting for the Awards took in the views of players, managers, scouts, members of the media and League administrators.

Here are the nominees for the main awards: