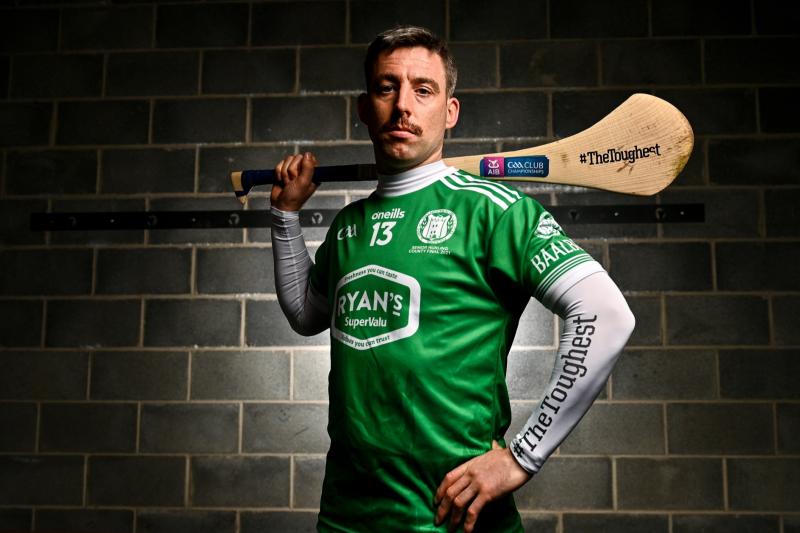 The Kilmallock man is the longest serving member of the Limerick set-up with 50 championship appearances since he joined the set-up in 2009.

Mulcahy didn't start in this season's All-Ireland final or semi final but was introduced in both games to extend his run to 45 successive championship games in the green and white.

While many may feel inter-county GAA is a 'young mans game', retirement never crossed Mulcahy's mind.

"No not really - I just take it year by year," outlined Mulcahy.

"There has been no communication from John or the management team as to when we are going back or who is going back. If I am asked back I would only be delighted to go back in again for another year or however many years I decide to keep going. I am still only 31 so not old by any means, so hopefully I have another couple of years in me but I will take it year by year," he told media at Wednesday's launch of this year’s AIB GAA Club Championships.

"Me personally, I had a tough year with injuries - in and out of being available for selection. I came good for the Munster final and got back in and didn’t go well for me on the day and lost my place again for the semi final and final. In training up to that final I was very happy with how I was performing but if you look back on the game, Seamus (Flanagan), Peter (Casey) and Aaron (Gillane) in that full forward line were really on top of their game this year and there was no moving them in those last two games," he explained.

"Credit goes to them for really nailing down the spots this year and it will be a challenge for me to try and get back in there next year. It’s a challenge I am really looking forward to next year," said Mulcahy, who also missed the start of the Limerick club championships before returning with seven points from play in the county final win over Patrickswell.

This Saturday night, Mulcahy and his Limerick team-mates will be honoured at a gala medal presentation where three years of success will be toasted. It was a three year spell that returned two All-Ireland SHC titles, three Munster SHC titles and two Allianz League titles.

"It’s a pretty awesome haul of medals for the panel! Obviously we missed out on receiving the 2019 and 2020 medals the last couple of years with Covid-19 and everything going on so I think it will be nice for the likes of Richie McCarthy, Paul Browne and Tom Condon who have left the panel in the last couple of years to come back in with the group and everyone’s families," he outlined.

"I think Saturday night will be special for everyone that has worked so hard over the last couple of years."

Few have worked harder than Mulcahy.

"I don’t spend too much time reflecting back on what we won - maybe when I do hang up my boots I will look back and reflect on the success. At the moment I am just focused on first and foremost trying to get over the next game with Kilmallock and then moving onto Limerick for the 2022 season," he said.

Mulcahy will leave the Strand Hotel laden with medals on Saturday night but across his 13 years with Limerick success was certainly never a given.

"At the start of my career I had a good bit of success with Kilmallock at underage and winning three county SHC titles and that probably papered over the lack of success with Limerick up to 2013 when we won the Munster SHC. After that we had a really barren period and after 2017 when we were beaten by Clare and Kilkenny in the championship - that was our season over and we were left looking on and saying am I ever really going to achieve anything within my Limerick career. Luckily things turned around in 2018 and since then it has been just a massive three or four years," he recalled.

"After 2017, it was not a great year for us losing two championship games and our year being over. For me personally I was taken off against Clare at half time and only featured against Kilkenny for maybe five minutes - after that year and reflecting on that year certainly I thought things might not happen for me and this might be the end of my inter-county career but luckily I turned that around."

So what happened between losing to Kilkenny in Nowlan Park on July 1 2017 and the spring of 2018.

"In 2017 I was carrying a bit of a groin injury and carried that into the Clare game and subsequently into the Kilkenny game. I would have spoke with John (Kiely) in the off season before 2018 and John put the trust in me to work with the likes of Mark Melbourne and Mark van Drumpt, our physio who sadly passed away last year, to really focus on getting that injury right and getting my body into the best possible shape and he gave me the bones of six months between the off season and well into the 2018 season to get right and luckily I paid him back in that regard and came right for the later stages of the league and into the championship," he recalled.

2017 was the first season under the John Kiely management.

"Certainly there was a very positive environment there but where I could have envisaged the success we would have in 2018, probably not because I would have thought it would be another year away from making the break through. Thank God it came when it came."

All very different from the first couple of years as a Limerick senior hurler.

"From there to where we have come to now is just worlds apart," he recalls.

"It is a fair turnaround. In 2009 I went in as an 18/19 year old and just wanted to learn my trade with the likes of Brian Geary, Andrew O’Shaughnessy, Donie Ryan and these guys. They had been in an All-Ireland final in ‘07 and had won a number of U21 All-Irelands so they had great experience. Then unfortunately 2010 happened and a lot of those guys were gone but I just decided to stay on and try and learn my trade a bit more and get that bit of experience under my belt and luckily that stood to me in the next couple of years in championship with Limerick," he outlined.

Fast forward to 2021 and Mulcahy has Limerick's most championship appearances.

"As a young fella if I was told I would play 50 games for Limerick I would have been thrilled and to be up there with the names like Mark Foley and these guys - it’s a very proud moment. The likes of Nickie Quaid, Cian Lynch and Kyle Hayes will surpass that in the next couple of years but it’s nice while it stands but I wouldn't be expecting it to stand for too long!"

As for any thoughts of retirement, certainly not.

And, Mulcahy feels players into their 30s still have much to offer on the inter-county scene.

"One guy I have always admired is Kevin McManamon from Dublin. He is a guy that was really always an impact off the bench and he was a guy that featured well into his 30s off the bench and always someone that always excited the crowd and probably lifted the team when he came on in those big games. That is a role that I think an older player can fulfill," he said.