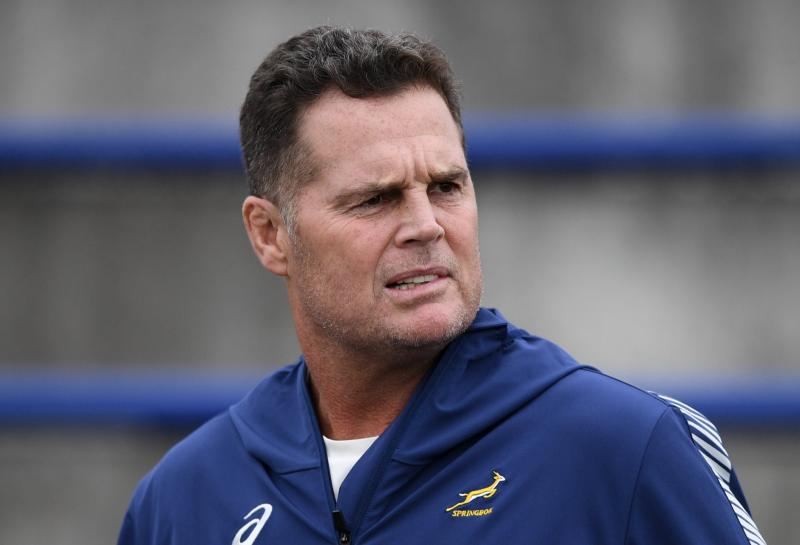 FORMER Munster Director of Rugby Rassie Erasmus has been banned from all rugby for two months and from involvement with the Springboks on matchdays for a year.

South Africa's director of rugby Erasmus was charged with misconduct after appearing in an hour-long video criticising referee Nic Berry in the aftermath of the first Lions Test in July, which the hosts lost 22-17.

In a statement this Wednesday evening, World Rugby said: "An independent misconduct committee has found that behaviour displayed by SA Rugby Director of Rugby Rassie Erasmus towards match officials during this year’s test series between South Africa and the British and Irish Lions constituted misconduct.

"The committee was chaired by Christopher Quinlan QC, together with Nigel Hampton QC and Judge Mike Mika (both New Zealand).

"Six charges were brought by World Rugby against Rassie Erasmus for various breaches of World Rugby Regulation 18 and World Rugby’s Code of Conduct.

The charges in summary were that Mr Erasmus:

1. Threatened a match official that unless a requested meeting took place, he would publish footage containing clips criticising the match official’s performance and then making good on that threat; published or permitted to be published the Erasmus Video containing numerous comments that were either abusive, insulting and/or offensive to match officials;

2. attacked, disparaged and/or denigrated the game and the match officials;

3. did not accept or observe the authority and decisions of match officials;

4. published or caused to be published criticism of the manner in which a match official handled a match;

5. engaged in conduct or activity that may impair public confidence in the integrity and good character of match official(s); and

6. brought the game into disrepute when he published or caused to be published the Erasmus Video.

Having considered all the evidence, including oral evidence from the match officials, Rassie Erasmus, SA Rugby, World Rugby, and submissions from the parties the committee found all six charges against Mr Erasmus proved.

1. did not ensure that Rassie Erasmus complied with the World Rugby Code of Conduct and/or permitted Mr Erasmus to commit acts of misconduct; and/or did not publicly correct any comments or publications by or on behalf of Mr Erasmus that amounted to misconduct; and

Having considered all the evidence, including oral evidence from the match officials, Rassie Erasmus, SA Rugby, World Rugby, and submissions from the parties, the committee found the first charge against SA Rugby proved.

Having considered submissions on behalf of both parties in respect of sanction, the independent committee decided on the following:

* Suspension with immediate effect from all rugby activities for two months

* Suspension from all match-day activities (including coaching, contact with match officials, and media engagement) with immediate effect until 30 September, 2022

* A warning as to his future conduct and an apology to the relevant match officials.

The parties have seven days to appeal from receipt of the full written decision.