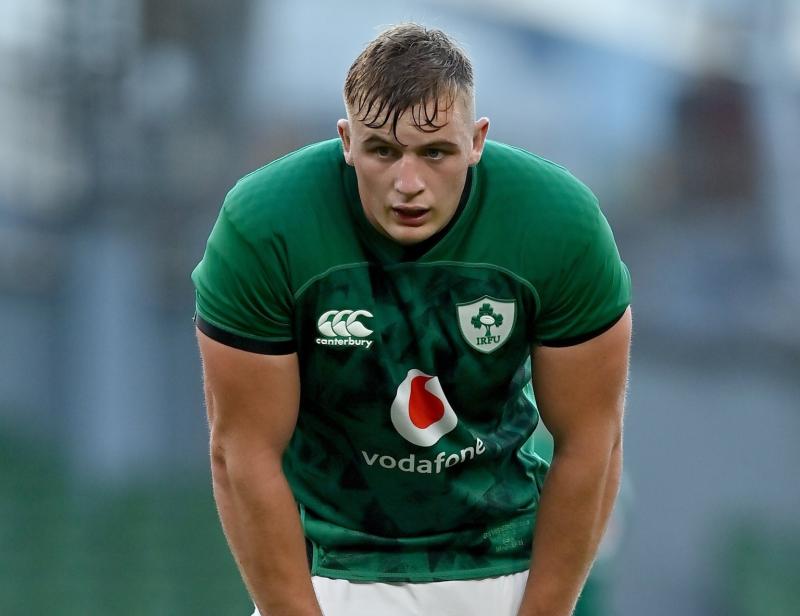 MUNSTER Rugby back-row Gavin Coombes has been ruled out of featuring for Ireland in next Saturday's glamour autumn international fixture with New Zealand at the Aviva Stadium, 3.15pm.

The IRFU confirmed at lunchtime this Monday that Cookmbes will not train with the squad this week as he continues his recovery from illness.

Centre Robbie Henshaw will, however, be re-integrated into team training across the week as he completes his rehab programme.

Ireland report no injury concerns emerging from their impressive 60-5 victory over Japan on Saturday afternoon.

Two Munster players started in that game, Tadhg Beirne, in the pack and winger Andrew Conway who claimed his second hat-trick of international tries in the game.

Next Saturday's game against New Zealand, which is a sell-out, will be televised by RTE and Channel 4.

Ireland complete their programme of autumn international fixtures against Argentina at the Aviva Stadium on Sunday, November 21.