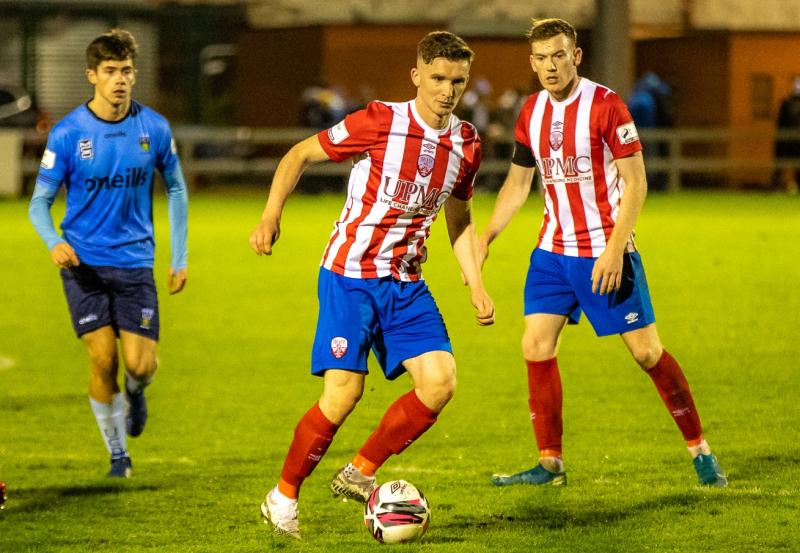 Sean McSweeney in action for Treaty United against UCD at the Markets Field on Wednesday night Picture: Kieran Ryan-Benson

TREATY United face an uphill battle if the league newcomers are to overturn a three-goal deficit in their SSE Airtricity League First Division promotion play-off with UCD later today, Sunday.

Treaty United, in their inaugural season competing in the League of Ireland, suffered a 3-0 defeat to UCD in their first leg meeting before a bumper attendance at the Markets Field on Wednesday night last.

Two late goals from Colm Whelan in the 81st minute and in stoppage time saw UCD take a firm grip on the semi-final.

The second semi-final will see Galway United entertain Bray Wanderers at Eamonn Deacy Park, 5pm, with that fixture tied 0-0 after the first game at the Carlisle Grounds.

Today's meeting of Treaty United and UCD will be shown live on LOITV.