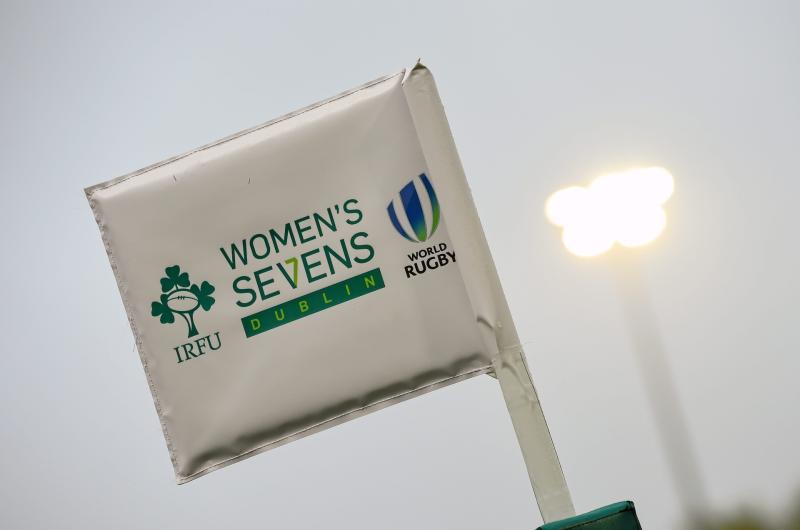 A FORMER UL-Bohemian player has been appointed as Ireland Women's Sevens Head Coach.

The IRFU has announced this Wednesday the appointment of Aiden McNulty as Ireland Women's Sevens Head Coach ahead of the 2022 HSBC World Rugby Sevens Series.

McNulty had been in the position of Interim Head Coach for the conclusion of the 2021 campaign, leading Ireland to promising performances at the season-ending International Rugby 7s and HPC International 7s tournaments, and he will now take the reins on a full-time basis.

McNulty was a key member of the UL-Bohemian side which ended a 77-year wait for a Munster Junior Cup title when edging past Garryowen 19-16 in the 2009 final. The Red, Red Robins also successfully defended the Cup the following year.

An Elite Performance Development Officer at Ulster Rugby since October 2019, McNulty will commence his role at the IRFU High Performance Centre next week as the Ireland squad build towards the opening legs of the World Series in Dubai in late November/early December.

Commenting on the appointment, IRFU Director of Sevens and Women's Rugby, Anthony Eddy, said: "I am delighted for Aiden and the programme as Aiden did such a good job with the group towards the end of last season. He was extremely committed and invested in the role and his progression to take on the job full time is a good fit. Aiden is a very good coach with good knowledge of the programme and the group and he has the skills to develop the programme and the game further."

McNulty said: "I am enormously excited to be back working with everyone involved within the Ireland Women's Sevens programme. Having witnessed first-hand the high potential and skill-set within the squad, I'm delighted to be tasked with the job of stretching, challenging and supporting them into the future."

Ireland kick-started their season by winning the annual Elche 7s tournament last month and excitement is building as the squad prepare to return to World Series action for the first time since January 2020 due to the disruptions caused by Covid-19.

The 2022 Women's Series will feature seven rounds over six months, kicking off with back-to-back tournaments in Dubai. The Emirates Dubai Sevens will host a behind closed doors round on 26-27 November followed by a second event on 3-4 December with fans in attendance at The Sevens Stadium.

The Series will then move on to Europe as Spain plays host for the first time with tournaments set for Malaga and Seville on 21-23 and 28-30 January respectively.