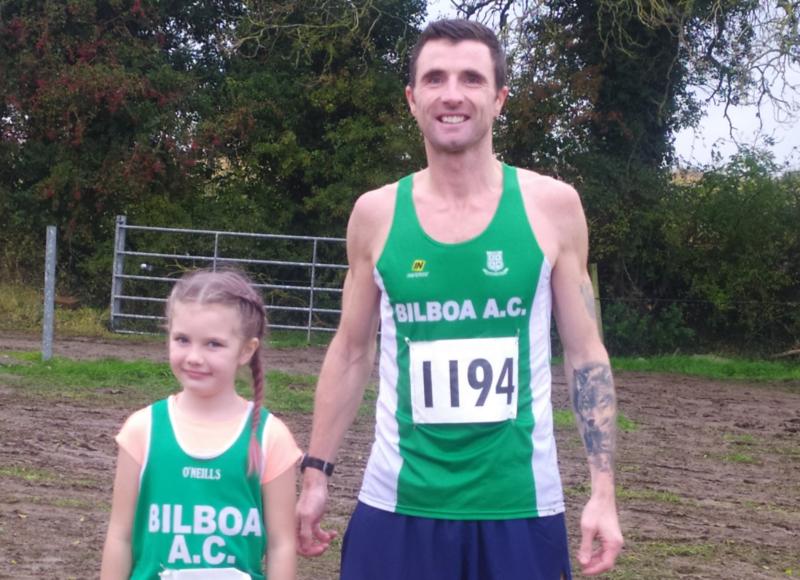 John and Vanessa Kinsella, father and daughter, who both competed in the Munster Cross Country Championships in Tipperary

MANY Limerick athletes made the journey to Two-Mile-Borris in Co Tipperary for the showpiece of the Munster Cross Country season, the Munster Juvenile Uneven Age, Junior and Senior Cross Country Championships.
Conditions were windy with intermittent gusts of rain. Muck with some heavy part’s in places slowed down any runner who went out hard. Well done to all.

U19
Samuel Logan was 24th for Limerick AC.

Dooneen’s Tanya Cox was the sole Limerick representative in the Senior women’s race with the County Senior Silver medallist finishing 21st. The race was won by Olympian Aoife Cooke.

IMRA
Bilboa’s Sean Quirke was 3rd in the ‘Glensheshkin Woods Halloween Half’.