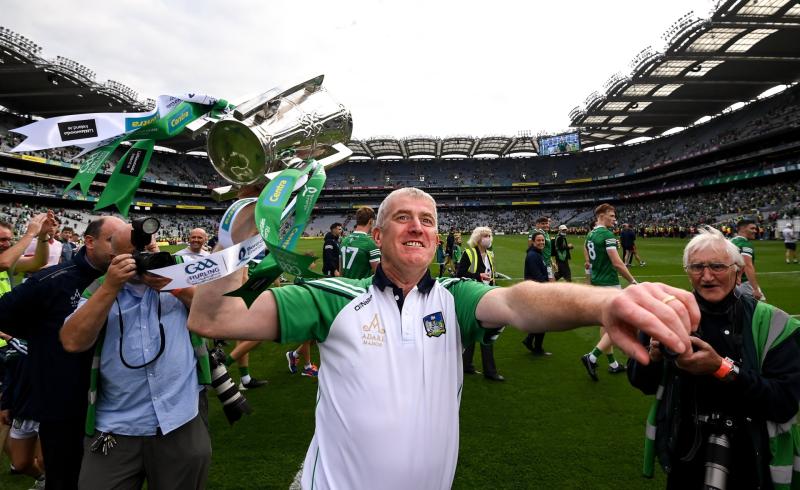 "Its primary mission being to support all things Limerick GAA and other Limerick interests in New York & Ireland. The club has had great success over the past couple of years and is committed to continuing with its vision of building and strengthening on the relationships formed during the unprecedented success of the Limerick senior hurling team," outlined Club Limerick New York chairman Ed Wiley.

"The club endeavors to continue to promote the ancient Irish sports of Hurling and Gaelic Football in the New York area and in Limerick, Ireland."

Wiley promised a night of celebration on December 10.

"We are proud and honored to present Mr. John Mackey as this year’s Guest of Honor. John Mackey hails from Ahane/Castleconnell, Co. Limerick. He comes from a family steeped in hurling tradition, beginning with his grandfather, John ‘Tyler’ Mackey who captained Limerick in the 1910 All-Ireland Hurling Final. In more recent times, John’s father, John Mackey, and his illustrious brother Mick Mackey were the holders of three All-Ireland medals in addition to many other awards," explained Wiley.

"John is a keen sportsman himself and played a variety of sports throughout his school years at St Munchins and NIHE/UL,
including rugby, soccer and even togged out for the GAA when called to do so. John emigrated to the US in the 80’s after graduating NIHE and maintained his passion for Limerick hurling & football. He is a staple in GAA circles and rarely misses a big Limerick game. He is a founding member of both Club Limerick New York and Club Limerick Global. John is President of ‘John Mackey Insurance’ in Yonkers, NY and owner of The District NYC’ bar & restaurant which has welcomed many Irish/Limerick supporters over the years," outlined the chairman.

The December 10 dinner dance will have music by The Mike O’Sullivan Band.

Club Limerick New York are also compiling a souvenir journal in conjunction with this event with a host of sponsorship packages available.