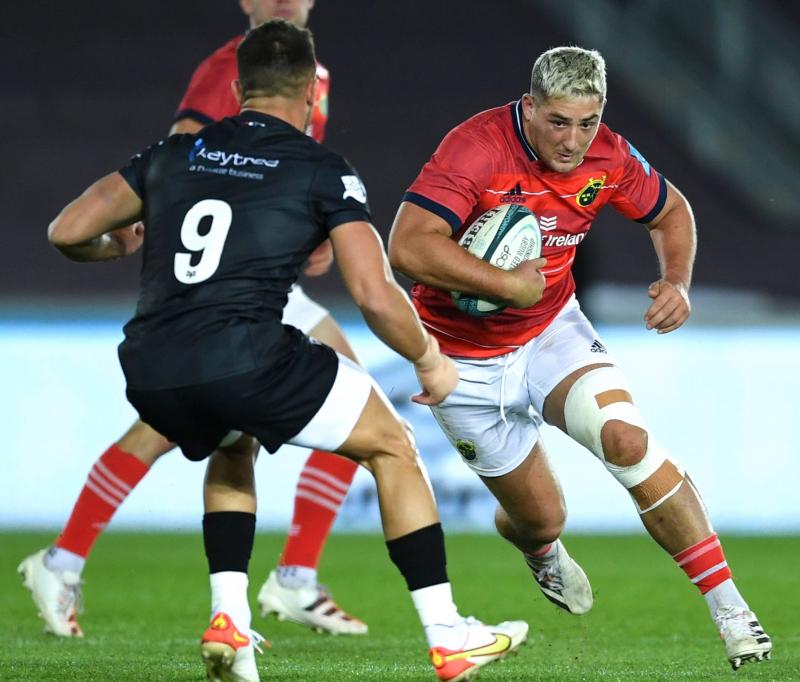 MUNSTER Rugby suffered their first defeat of the United Rugby Championship (URC) campaign when falling to a frustrating 18-10 defeat at the hands of the Ospreys at the swansea.com Stadium on Saturday night.

It was a disappointing way for Munster to finish off the opening five series of fixtures in the new URC.

The defeat ended Munster's 11-game winning run against the Ospreys in all competitions since the Welsh region won in Cork in February 2016.

Munster's error count, lack of accuracy and poor discipline contributed to their downfall on the night. They coughed up 13 penalties in this arm wrestle of a contest.

Munster's next competitive fixture in the URC will be against South African side the Vodacom Bulls at Loftus Versfeld in Pretoria in five weeks time on November 27.

The Ospreys were without the services of five players who have joined up with Wales for the Autumn Nations Series, including Alun Wyn Jones and Gareth Anscombe.

The Ospreys hit the front in the 32nd minute when Jack O'Donoghue was penalised for going off his feet at a ruck and Stephen Myler duly landed the straight forward penalty attempt for 6-3.

When Myler added a fourth successful kick at goal five minutes after the restart to help the Welsh region into a two-score lead at 12-3, Munster looked in big trouble.

However, to their credit, the visitors hit back with a well-worked try from a powerful maul with scrum-half Craig Casey credited with the touchdown.

Munster introduced the likes of Damian de Allende, Conor Murray and Gavin Coombes off the bench in a bid to wrestle the initiative back at the start of the final quarter. Murray and De Allnde were making their first appearances for the province this season.

However, two further Myler penalties sealed a deserved victory for the home side.

Munster did have an opportunity to seal a losing bonus point at the death. However, replacement out-half Ben Healy was off target with a penalty attempt from inside his own half.