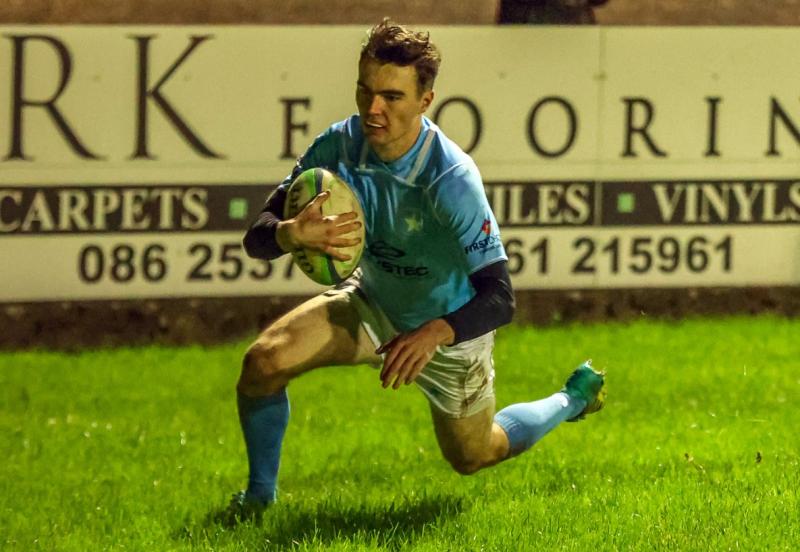 GARRYOWEN had to survive a stiff test from a resolute Cashel side before booking their place in this season's Munster Senior Cup final, thanks to a hard fought 33-21 success at Dooradoyle on Friday night.

Energia All-Ireland League Division 1A table toppers Garryowen were made fight all the way for their win against a Cashel side who threatened an upset when leading 21-19 at the start of the final quarter.

However, a run of 14 unanswered points, including two tries, in the closing 15 minutes, saw Garryowen book a final showdown with either local rivals Young Munster or Highfield, who will play their semi-final in mid-December.

On a perfect night for rugby, Garryowen, who made a number of changes to their starting line-up from the one which defeated UCD in the AIL six days earlier, led their Tipperary visitors 13-11 at half-time.

AIL Division 2A side Cashel got off to the perfect start when centre Ben Murray scampered over for a third minute try and a 5-0 lead.

Garryowen regained the upperhand with 13 unanswered points between the eighth and 34 minutes. Out-half Jamie Heuston kicked a penalty and drop goal as well as converting Hugh O'Brien-Cunningham's try which was created after an excellent break by winger Alexander Wood, son of former Garryowen, Munster, Ireland Lions hooker Keith Wood.

Cashel did reply with two penalty goals from winger Steven McMahon to trail by just two points at half-time.

With another former Garryowen player, Mikey Wilson, impressing at number eight, Cashel were fancying their chances of pulling off an upset.

Heuston's 44th minute penalty helped Garryowen into a 16-11 lead, before the Tipp side hit the front when bagging their second try of the contest off a well-executed maul after Garryowen were down to 14 players through a yellow card.

Hooker Robin Foot was credited with the touchdown, while McMahon added the extras for 18-16.

Heuston and McMahon traded penalties as Cashel led by two points after 64 minutes.

However, the home side showed admirable composure and patience to stun their opponents with two late tries from winger Colm Quilligan and out-half Heuston who brought his tally of points for the game to 23 with a late try and conversion.