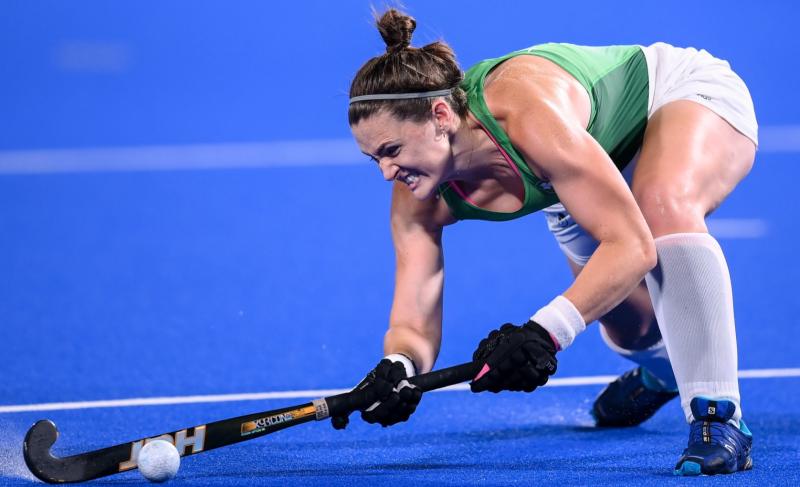 LIMERICK woman Róisín Upton scored the game's opening goal as the Ireland women's hockey team scored a crucial 4-1 victory over France in their World Cup qualifier in Italy on Thursday.

Ireland moved a step closer to World Cup qualification as they overcame a sticky first half to eventually run riot against France in Pisa, setting up a Saturday date with Belarus in the semi-finals.

Ireland will now meet Belarus in Saturday’s semi-final (11am, Irish time) following their impressive 7-1 win over Russia in the tournament’s opening game.

Ireland need to win that semi-final and also Sunday’s final to assure passage to next summer’s World Cup.

Reflecting on the win, Upton told the Hockey Ireland website that it was crucial to follow the pre-match plan despite the first half frustrations and it paid dividends.

“It’s something we talked about, sticking to the process no matter how long the game went on at 0-0, or even if we concede,” the Catholic Institute club woman said afterwards.

“We were really pleased we stuck to the plan and broke through. We knew we needed to win corners; the execution in the first half wasn’t so good so we had to pick it up and nail it. Getting on the scoresheet early in the second half settled everyone.”