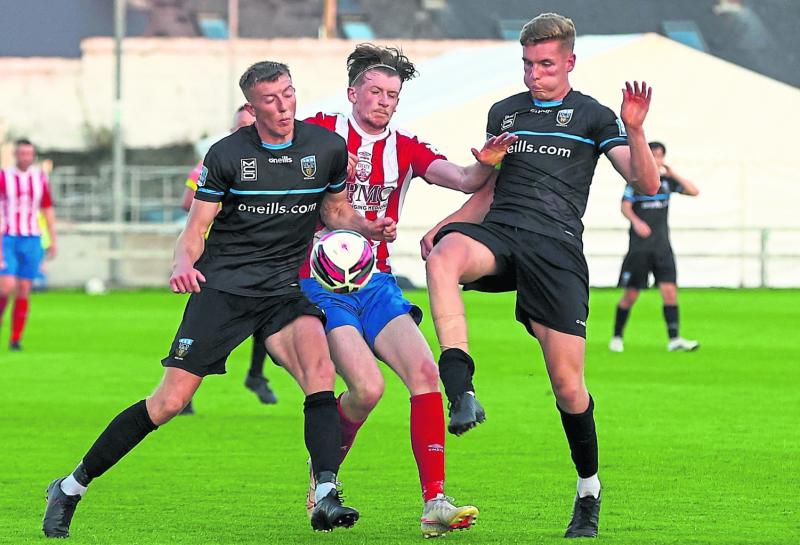 Treaty's hard fought 1-1 draw with Athlone Town at the Markets Field on Friday night ensured Tommy Barrett's side of a top five finish in the First Division table and with it a place in the promotion play-offs at the end of the regular season.

Before league newcomers Treaty can switch their entire focus on those play-offs, they face two trip's to Dublin, the first for Friday's rescheduled tie with UCD, 7.45pm, and then for a final day of the regular season meeting with Cabinteely on October 29.

Treaty's fixture with UCD, which had been due to take place earlier this month, was postponed as the Dublin players had a number of players on duty with the Rep of Ireland U-21 side in international action.

Two goals from captain Jack Lynch fired Treaty United to a precious 2-1 win over UCD when the sides met at the Markets Field in July.

The other league meeting between them ended in Treaty United's first league defeat of the season as they went down 3-2 to the Dublin students at Belfield in May, a game in which Treaty had led 2-0 at one stage.

The first leg of the First Division promotion play-offs will now take place on Wednesday, November 3 whilst the second leg will take place later that week on Sunday, November 7.