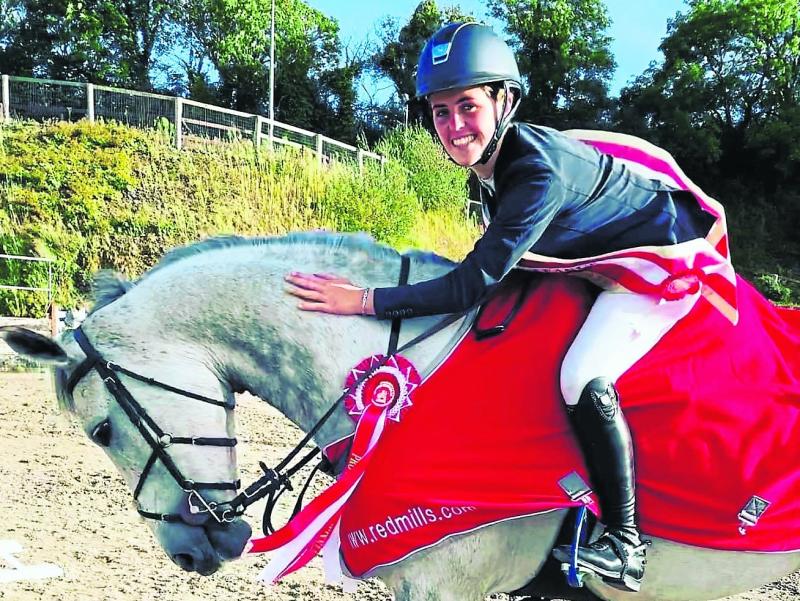 A TALENTED Limerick showjumper is continuing to make huge strides in the world of showjumping after a string of top class wins.

Eighteen-year-old Robyn Moran, from Askeaton, had a clean sweep of wins recently, when taking all three finals at the Munster Grand Prix Series final at Maryville in Co Cork.

Robyn is now Munster Grand Prix champion for the second year in a row, winning her first title aged just 16. Due to the Covid-19 pandemic, the series didn’t run last year.

The wins have capped a terrific season for the highly rated young Limerick rider. The Munster Grand Prix series is sponsored by Connolly's Red Mills.

Robyn comes from a family who have been involved in show jumping for generations. Her grandmother Jill competed internationally and her late grandfather Michael was very well known across the country for producing young horses.

Robyn's dad Brian himself was an amateur jockey and rode many winners at poin- to-points and on the track during his racing career.

He was also Huntsman with the Stonehall Harriers for many years and this is where Robyn first discovered her love for jumping, while following her father cross country on her ponies.

These days he is producing young horses with Robyn to compete on the show jumping circuit. Robyn began her show jumping career at a very young age and quickly established herself on the pony circuit as a force to be reckoned with. She won many national titles while jumping ponies and competed internationally.