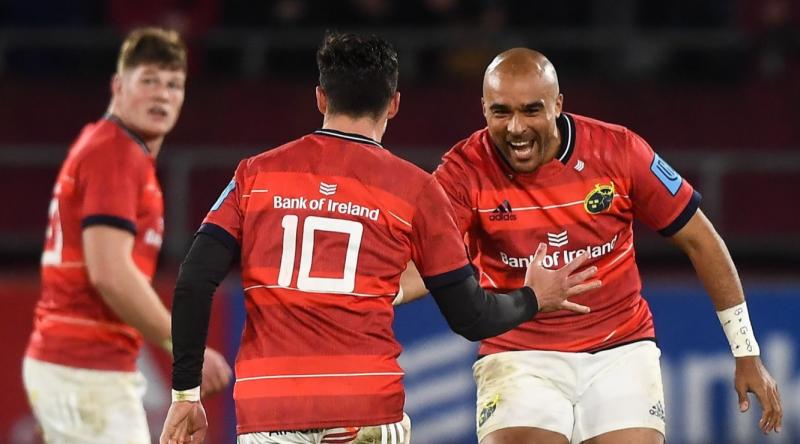 Munster have given gametime to 38 players in the URC to date this season as the province has won each of their opening four fixtures.

Munster edged past Connacht 20-18 at Thomond Park on Saturday night in their latest outing.

Munster welcomed their biggest home attendance of the season, 17,198, for the game on the fifth anniversary of the passing of their former number eight, captain and head coach, Anthony Foley.

Following Saturday's win Munster head coach Johann van Graan said: “There will be changes for next week, you will some new faces again and that’s what we’re trying to build, a squad, and trust the squad to get the opportunities.

“So hopefully we’ll get some new numbers in to add to that 38 for next week and hopefully we can have a good week. The Ospreys will be a tough nut to crack.”

Van Graan said that British and Irish Lions scrum-half Conor Murray may feature in the squad to face the Ospreys, the final fixture for the province before a five week break in fixtures and their mini tour to South Africa, starting with a Saturday, November 27 clash with the Vodacom Bulls at Loftus Versfeld.

Van Graan said Saturday's interprovincial had been the most difficult of the four games his side had played in the new URC this season.

Van Graan said: “Definitely (the toughest game so far), the first two games were very different in terms of what the opposition brought.

“The Scarlets game had a certain character, three o clock on a Sunday in perfect conditions, and this one was an Interpro, Munster v Connacht which started off very greasy, wind played a big part and literally 30 guys having a go at each other.

“It’s a credit to both teams. Certainly the toughest one of the four. That’s the beauty of rugby, every one of them is different, and this one was a massive step-up in intensity.”