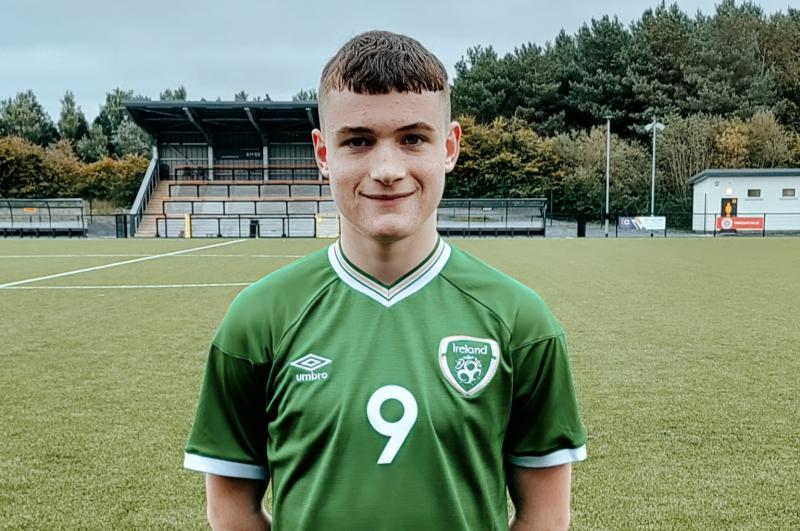 Cillian Mulvihill, from Glin, who played for the Rep of Ireland U16s in the Victory Shield against Scotland on Sunday

A TALENTED Limerick teenager was part of the Rep of Ireland U16s side which played Scotland in the Victory Shield in Belfast on Sunday afternoon.

Cillian Mulvihill, from Glin, played up front for the Republic of Ireland U16 squad in the fixture with Scotland which kicked off the tournament for the Boys in Green.

Mulvihill played soccer with GB Rovers FC, before impressing for the Limerick FC U13 side which reached the prestigious SSE Airtricity U13 League Cup final in 2019.

The Republic of Ireland’s Men's Under-16s suffered a narrow 1-0 defeat in their first game of the Victory Shield competition against Scotland yesterday afternoon.

Alfie Bavidge’s stunning strike just past the quarter of an hour mark proved to be the difference between the two sides and left the Paul Osam-managed Rep of Ireland side with no reward for their hard work.

Ireland, who are hoping to win the competition for the third time, came within a whisker of levelling the scores in the 36th minute through Limerick teenager Mulvihill.

But after rounding the advancing keeper Mullvihill was unfortunate to see his goalbound strike somehow headed off the line by the alert Scotland captain Bailey Rice.

That intervention proved to be decisive as although the Irish battled until the very end, they just couldn’t find an equaliser.

Ireland’s next game in this competition is on tomorrow, Tuesday, October 19 when they take on Wales at Seaview with kick-off set for 15:00.