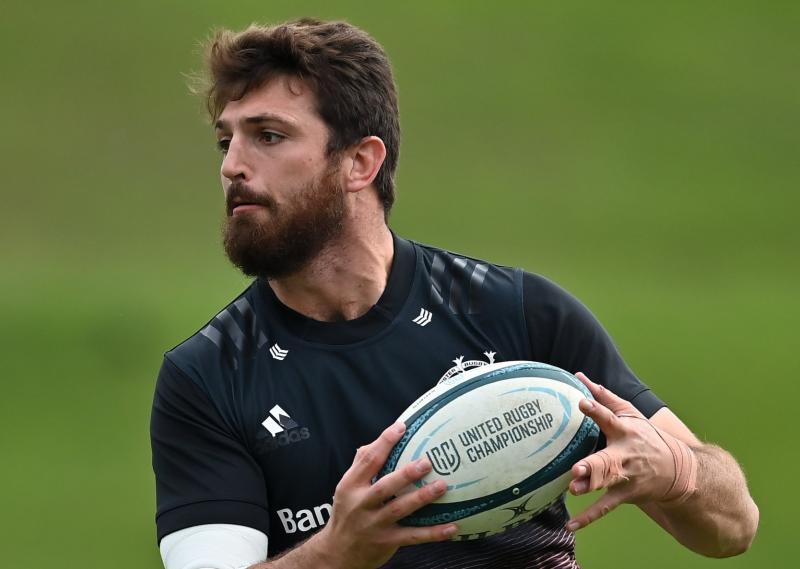 MUNSTER second row Jean Kleyn admitted he went through a period when he wasn't enjoying rugby, but revealed that his decision to quit social media helped him regain his love for the game.

Kleyn revealed that some negative comments being posted on social media which co-incided with his selection in the Ireland squad for the 2019 World Cup impacted on him.

Kleyn was selected for the tournament in Japan, but long-time Ireland international Devin Toner didn't make the cut.

Kleyn said he was honoured to represent Ireland on the biggest stage in word rugby - and made two appearances in the competition - but admitted to being impacted by some negative comments on social media made around his selection.

Ahead of this Saturday's big United Rugby Championship interprovincial clash with Connacht at Thomond Park, 7.35pm, South African-born Kleyn said there was probably a little phase there when he was thinking rugby 'is no craic at all’, but for the past season and a half he's really been enjoying the game.

Pinpointing when he rediscovered his love for rugby, 28-year-old Kleyn, who has played 93 times for Munster said: "I think a big thing for me was that I stepped away from any kind of social media.

"There was a time around the World Cup that I was getting a fair bit of backlash around my inclusion in the squad, which obviously was not really in my hands or my choice at all. Nonetheless, I was still delighted to be there and it was an incredible honour.

“But I think around then I started paying attention to what other people were saying about me and thought about me too much, and it sort of took the enjoyment out of it for me.

Like I said, I stepped away (from social media) then and sort of had a look at myself and my family and what I have, and I realized I don’t really play the game for people who criticize me or are cynical.

"I play the game because I enjoy the game and because my family love it and my friends love it, and you know, that’s why I do it, and I’ve just been doing it because of those reasons. I discovered my enjoyment again and it’s been superb.

"Even training is great craic now! I even enjoy the tough sessions, which I hope Graham Rowntree doesn’t hear. Even those sessions are enjoyable, the ones we’re beating the crap out of each other out on the pitch.”