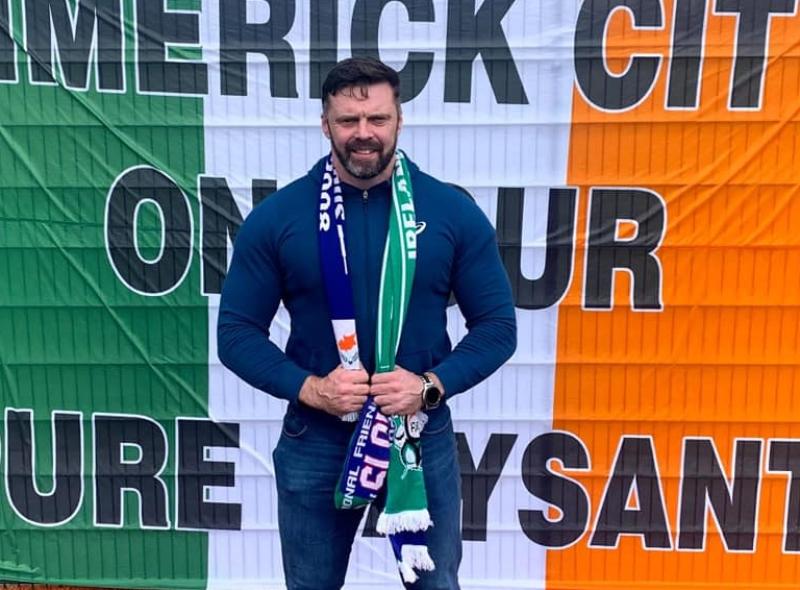 LIMERICK'S Ray Foley is part of the Irish team travelling to the World Powerlifting Championships next month.

Askeaton native Foley will compete in the 125kg M40+ category and in the classic raw discipline.

The WPC is in it's 35th year and competitors from 46 countries are eligible to compete in the annual World Championships.

By any standard Ray Foley is a newcomer to the world of powerlifting.

An underage hurler with his native Askeaton, Foley's 20s were spent in the colours of Newcastle West and Askeaton soccer sides in the Desmond League. Premier League, Division One and Two and Riedy Cup medals were all won by the free-scoring striker.

"I knew that I wanted to stay active so I headed off to the gym in Askeaton. I was a late comer to the gym. I remember going and didn't know what to do, and actually I had to get a book and followed a few exercises off that," recalled Foley.

It was a chance meeting with renowned strongman Pa O'Dwyer that would set Foley on his way to his current endeavour.

"It was Pa that got me into the competitive side of things. I was just working away in the gym but then we started to train together and he could see how strong I was, so he suggested a Strongman competition for me in Galway. I came third in that in my first ever competition."

"I just went in there to try and get stronger but Shane (Brodie) helped change from technique for lifting. Then one day he just called me aside and just sad he had entered me into the nationals because my levels were so good," outlined Foley.

In his first powerlifting event, Foley was crowned national champion and broke four records in his category.

That earned him a place on the Irish team for next month's world championships in Portugal.

"It's all mind-blowing. I'm in my 40s and competing on an international level," said Foley.

"It just goes to show that people finish up with sport and think that is it. I'm in my 40s and I am off to compete on the world stage and I am a national champion. So anything is possible," he outlined.

Less than one month to the world championships, Foley is training five days a week and eating about 7500 calories a day in preparation.

"It's just all so incredible to be on an Irish team at a world championship. My goal would be to try and break the records that I set at the nationals. I will focus on that," he said.