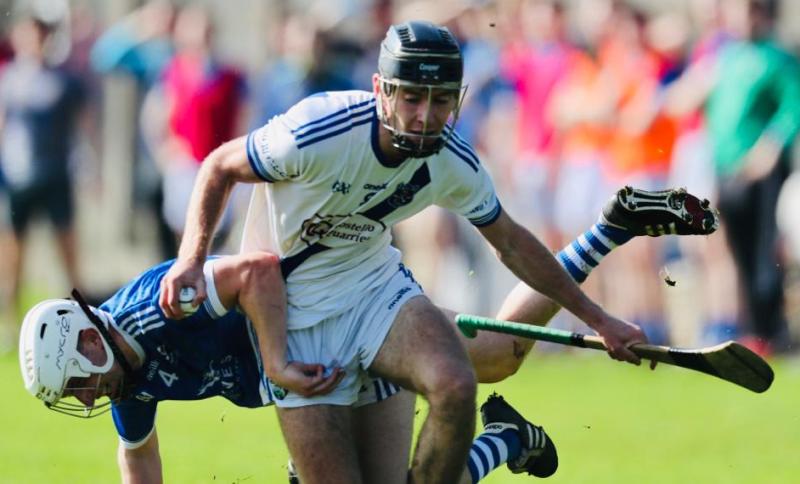 FIRST time ever up in the upper grades of Limerick hurling and Croagh-Kilfinny marked another notch in a memorable season by dumping favourites Bruree out of the running to qualify for the county intermediate final on a scoreline of 1-17 to 1-12 at Newcastle West on Saturday afternoon.

What's more, they did it in style, shrugging off a few chances to pull back Bruree's lead courtesy of a goal just after the break to power home in the closing quarter when they notched up 1-5 without reply in the last ten minutes of play.

An opening half in which scores were level six times reflected the tight play where neither side could strike up an advantage but, when Kieran O'Dea pounced five minutes after the restart, it looked as if Bruree's experience of the big time would pay off as the resisted every attempt by their opponents to narrow the margin.

Even after the second water break, the gap remained stubbornly at three despite the South Limerick men conceding control of the middle third.

But eventually the pressure told as Declan Mullane, dogged by injury all season and just a minute on the field as the stopwatch ticked into added time, drove the winning goal over the line before his closing point shut off any faint hopes of a Bruree revival.

Croagh-Kilfinny led 0-6 to 0-4 at the first water break before Bruree levelled it at 0-8 apiece at half-time. O'Dea's goal moved the advantage Bruree's way at 1-11 to 0-12 at the second water break before Croagh pulled away after play resumed.