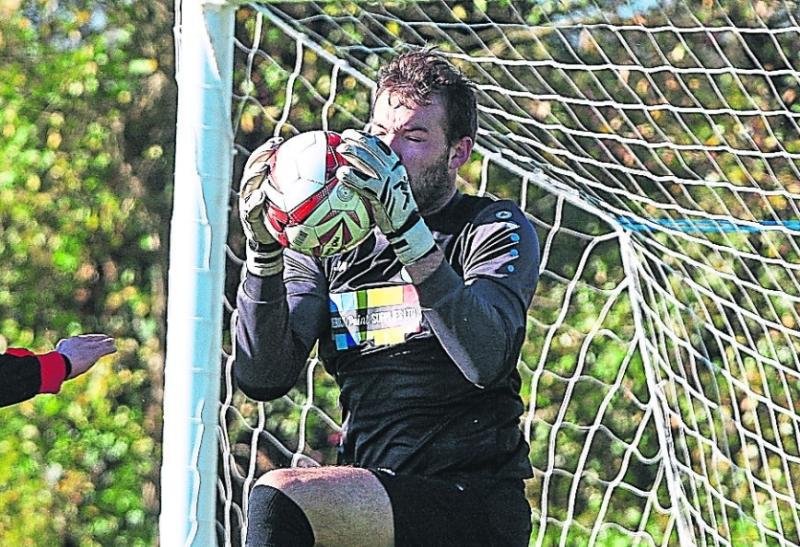 PIKE ROVERS rode their luck to advance in the Tuohy Cup with a penalty shoot out win over Regional Utd on Thursday evening.

The Hoops, current holders of the competition last played for in 2018/19, trailed twice in the game before clawing their way back into the tie,  and in the resultant shoot-out Peter Healy saved twice from Danny O’Neill but both were ordered retaken as the keeper had moved off his line.

O’Neill and four of his team mates went on to score penalties to seal the win.

The opening 45 minutes was a real drab affair with just a couple of half chances of note.

Pike in particular seemed content to play the ball around their own half of the field starving their front runners of any real openings.

The second half only got going after Kieran O’Connell headed Regional ahead. It forced Pike to be more adventurous and they got their reward with a cracking 25 yarder from Shane Walsh.

With minutes remaining Pike threw caution to the win and Paddy O’Malley’s corner kick fell to Robbie Williams, the player manager blasted in from close range.

Penalties followed and not for the first time, Gary Neville thwarted one of United’s kicks, while his team mates scored all five.