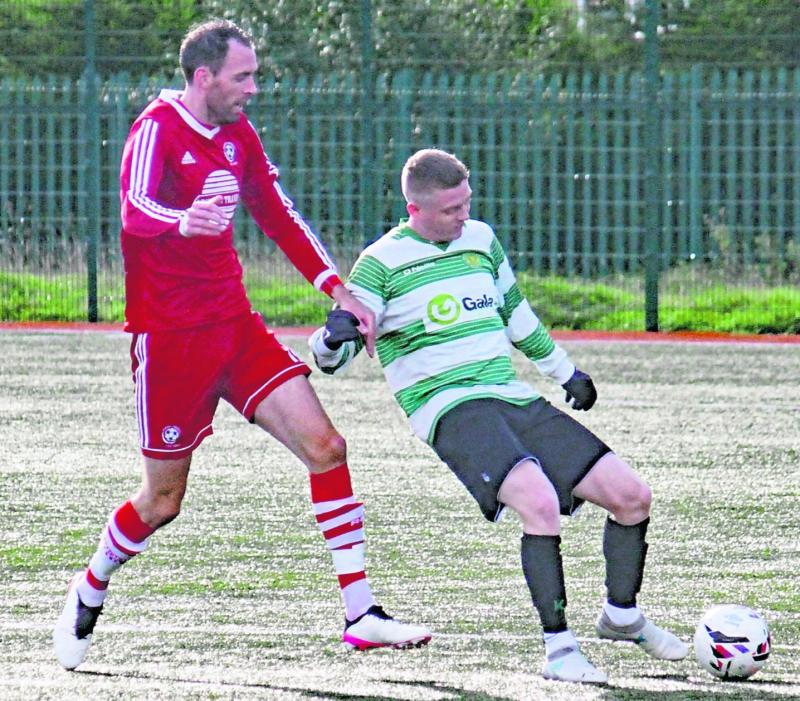 THE FAI Junior Cup draws most attention this weekend with six ties up for decision.

On Saturday evening Charleville and Geraldines kick off the action at the Cork venue.

Charleville have been catching the eye this season and are still well in contention for promotion. They welcome a Geraldines side going through a miserable time to date.

It’s obviously a potential Premier scalp, but the 'Dines will go out quietly.

Another Premier side facing a sticky assignment are Ballynanty Rovers who face a resurgent Carew Park in LIT.

Balla, in form, are one of the best sides in town, but are prone to showing up below par for the odd game. Failure to be in top form on Sunday will be punished by Albert Slattery’s men.

Regional United A take on Kilmallock Utd in an all-Premier tie. The sides met last Sunday when Regional posted a 5-0 win. The Dooradoyle side have made a couple of shrewd signings including Edward McCarthy from Treaty Utd. They should again prove too strong for Kilmallock.

Mungret Regional need to get a few wins going and on Sunday they meet a Granville Rangers side, sitting top in Division 1A, which will be no walk in the park.

Nenagh AFC v Fairview Rangers is the second all Premier tie. Fairview, current holders of the trophy, will be well aware of the threat Nenagh pose and also that a full-blooded cup tie is on the cards. The sides met earlier in the season when Fairview just edged out the Tipperary side.

Corbally United B v Castle Rovers make up the FAI list and the Premier A side will be fancied to progress at the expense of their visitors.

One game in the Munster Junior Cup is scheduled when Pike Rovers welcome Glenview Rvs to Crossagalla.

Pike struggled to see off Parkville in a recent FAI Cup game but no doubt, Robbie Williams will ensure his side go into this one with a different mindset.

One game in the Premier League will allow Aisling take over top spot when they host Coonagh Utd.

Aisling will no doubt be without John Mulready following his injury last weekend but have ample back up in Brian O’Connor.

Coonagh have been a bit low on confidence of late and the Aisling front line will do little to ease their concerns.

With the leading two not in action in Division 1A, Summerville Rvs and Southend can tighten the gap at the top when they host Star Rvs and Shelbourne respectively.

There are several youth games in FAI and Munster Youth Cups. In the FAI Youth Cup Fairview Rgs entertain Desmond League side Ballingarry and Charleville travel to meet Broadford.

Cappamore and Holycross clash in Cappamore.

Mungret B have been doing well in Division 1B but may find the step up in standard a little too hot to handle.

Tomorrow (Thursday) the Tuohy Cup continues with a game that should be well worth the visit when Regional Utd take on Pike Rvs in Jackman Park. Two strong sides who always produce a good battle will no doubt keep the spectators entertained.