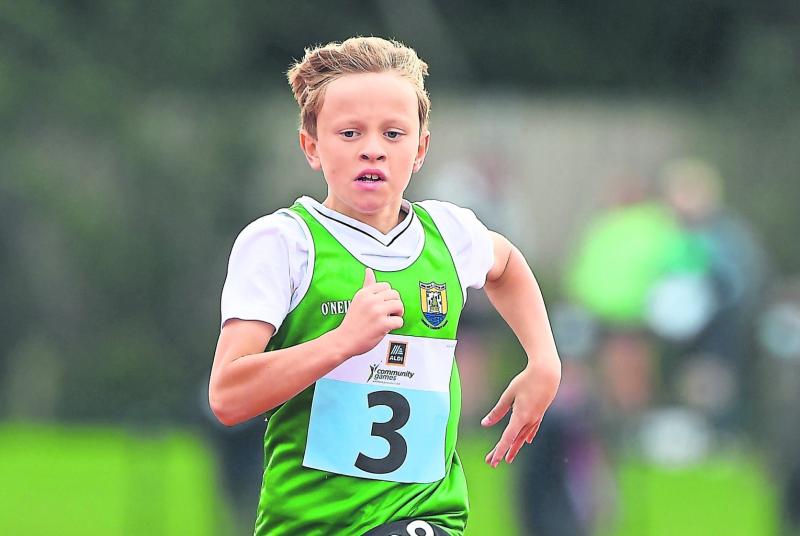 Daniel McDermott, Ahane Castleconnell Montpellier,, on his way to winning the Boys U-10 100 metres during the Community Games Track and Field finals at Carlow IT

The women’s event featured a tustle between Caitríona Farrell (An Brú) and Tanya Cox (Dooneen). The Dooneen athlete was the early leader before being overtaken at mid point but regained the lead during the final lap on her way to victory in 16:54.

U12 Boys
Saw a brilliant race take place between 2 Limerick AC athletes. Only in the last 10meters was the outcome solved with victory going to Darragh Whelan just in front of 2nd placed John Farrell.

Well done to all athletes, young and old who gave their all. Thanks also to coaches, volunteers, Myrunresults.com and hosts Bilboa AC for a very well organised event.