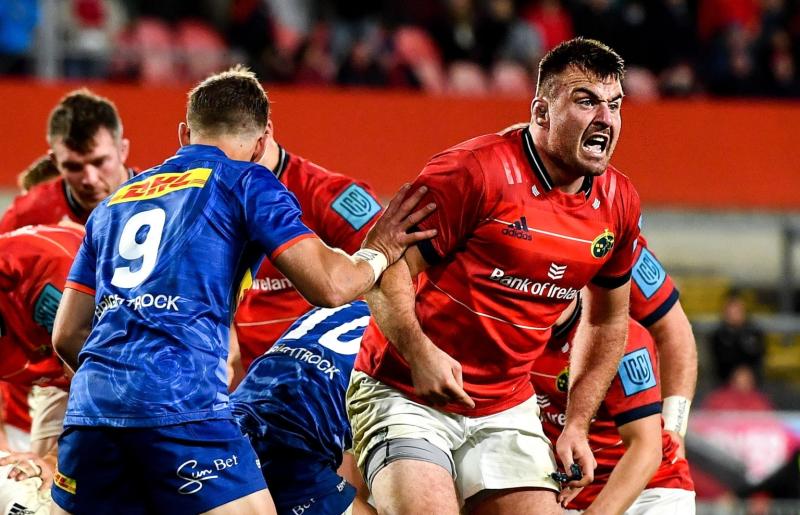 The lock is alleged to have bitten Munster hooker Scannell in the 45th minute of the contest. The Citing Commissioner in charge has made a complaint about an alleged act of foul play.

The Player has been cited under Law 9.12 – A player must not physically or verbally abuse anyone. Physical abuse includes, but is not limited to, biting, punching, contact with the eye or eye area, striking with any part of the arm (including stiff-arm tackles), shoulder, head or knee(s), stamping, trampling, tripping or kicking.

Scannell made the allegation to match referee Andy Brace immediately following the incident, but the TMO was unable to find any clear video footage.

Stormers second-row Smith will face a Disciplinary Panel via videoconference on Thursday. The Panel will comprise of Sheriff Kathrine Mackie (Chair), Iain Leslie (both Scotland) and Janet Gedrych (Wales).