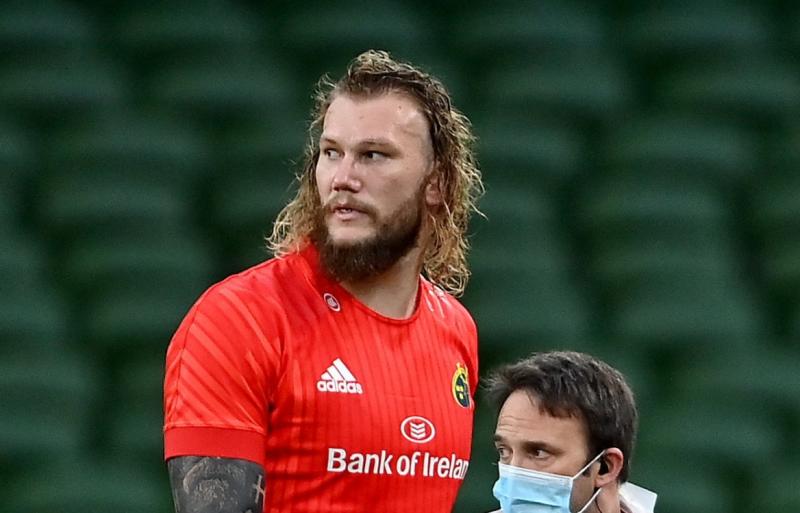 MUNSTER Rugby head coach Johann van Graan believes there is a lot more to come from fit-again second-row RG Snyman who scored his first try for the province in Saturday night's win over the DHL Stormers.

World Cup winner Snyman, who has recovered from a long-term knee injury, produced a flamboyant, athletic finish to score the fifth of Munster's tries in their come-from-behind win over the South African side.

Van Graan said: “That was a big moment for RG (scoring the try) and for us. Last week was all about getting him back on the pitch after such an extended period and tonight was about contributing even more.

“That try was just one of the reasons why we have him at Munster, to do those type of things and look he has a lot more to come. Like I said before he needs to keep building his minutes, but it was a special moment for him to score his first try for Munster.”

Van Graan was fulsome in his praise for the display of back-row Jack O'Donoghue who scored two tries in the win over the South African side.

“I said to Jack in the changing room I thought that was his best game in a long time, I thought he was excellent, he’s come on leaps and bounds, his contesting was very good.

“I thought he carried well, he complements how we play. I thought Pete (O'Mahony) and (Gavin) Coombsey played really well. He’s comfortable in 6, 7 and 8 and I thought it was one of his best games in a long time. I felt that man of the match was a pretty close call in terms of himself and Coombsey.”

Munster are to continue with their rotation policy in terms of team selection for this Sunday's game with Scarlets.

Van Graan said: “We will keep rotating our squad, in some games we will rotate more than others.”