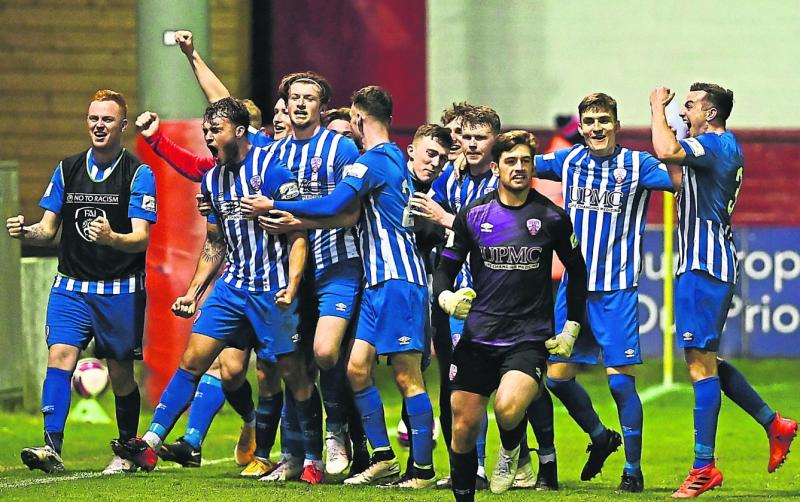 There are now just four games to go in the regular season so victory for Treaty this Friday would guarantee the Limerick-based side a top five finish in the table and with it a place in the promotion play-offs.

Treaty United boosted their hopes of securing a play-off spot after securing a hard fought 0-0 draw with Cork City at the Markets Field on Friday night last.

The winner of this match will then face the ninth-position Premier Division team in the promotion/relegation play-off final in the week ending Sunday, November 28.

Treaty's opponents this Friday, Shelbourne, can wrap up the First Division title by winning at Tolka Park.

Treaty Utd's final three league fixtures will be against UCD (away) on October 8, Athlone Town at the Markets Field on October 15, before travelling to Stradbrook to take on Cabinteely in the final regular season game on October 29.

Tonight's game with Shelbourne can be viewed on LOI TV.