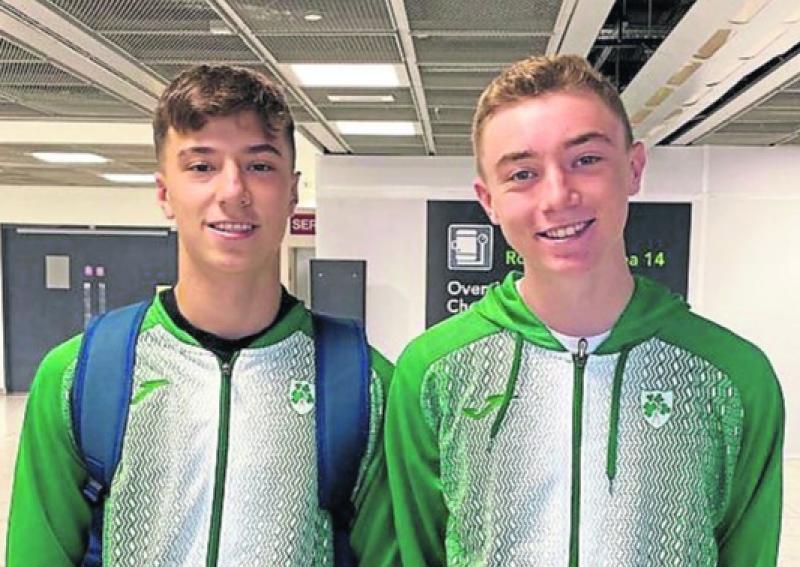 Sponsored by Aldi 400 athletes from around the Country assembled at Carlow IT for the Athletics and Cycling National Finals. Having qualified through county and province there was several Limerick Medals.

After being an ‘Elite’ only event in 2020 due to the ‘Covid Pandemic’ this race was again open to the general public.
In wet and windy conditions ’Dooneen’s Dermot Kearns was 11th overall and 1st M50 in a superb time of 1:17:08. Second Limerick man and 16th overall was Karl Lenihan of West Limerick in 1:18:46.

The race which traversed the Limerick border was won by Yared Derese in 1:05:15 with Aoife Cook the women’s winner in 1:20:26.

SIAB Schools International
Well done to Limerick athletes who represented Ireland at the SIAB Schools International in Derbyshire last weekend.
Aaron O’Connor (Castletroy College) was 4th in the Triple Jump. Leagh Moloney (Gaelcholaiste Luimnigh and the youngest by far in the competition) was an excellent 5th in Long Jump. Darragh Murphy (Castletroy) was 7th in the 200m final.

Around the Country and Abroad
Grace Lynch (Dooneen) made a superb marathon debut in Berlin in a time of 2:40:06 for 20th place overall. Very well done Grace.

Brendan Costello (West Limerick A.C) was 10th in the Tralee Marathon in a time of 3:25:11. Ciara O’Neill was second woman for UL at the IAUU Cross Country Championships held at Dublin City University.

Breda Bridges (An Brú) ran the Ailihees 8K on Saturday.

Parkrun resumed in Newcastle West and Mungret. Well done to all who participated and who helped to make them happen.

Obituary – Margaret O’Malley
Limerick Athletics community marks the sad passing this week of Bilboa Chairperson Margaret O’Malley. Our thoughts and prayers are with her family at this very sad time.

Margaret grew up in Bilboa and first became an official of the club at 18 years of age. She encouraged generations of young athletes, including her own children, in her work with Cappamore Community Games and Bilboa AC over the past 40 years.

She attended county board meetings and had welcomed young athletes to the club summer camp this year. She will be greatly missed by her club and county athletics. May Margaret Rest in Peace – Bilboa AC