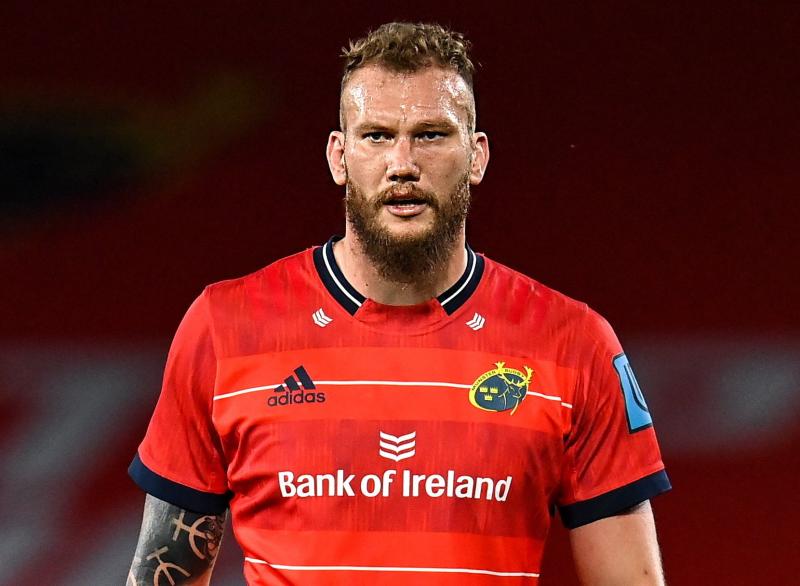 THE return of World Cup winning second row RG Snyman from long-term injury capped an excellent night for Munster who eased past the Cell C Sharks 42-17 in their United Rugby Championship (URC) opener at Thomond Park on Saturday night.

More than 11,000 supporters watched on as fans returned to the venue for the first time since February 2020, enjoying Munster's six-try salvo against the South African visitors.

The returned Simon Zebo helped himself to a brace of touchdowns, while busy scrum-half Craig Casey was also among the tryscorers in turning in a Man of the Match display.

One of the biggest cheers of the night was reserved for the return to action of South African World Cup winner Snyman. The imposing second-row came off the bench in the second half to end his 13-month injury nightmare.

Munster head coach Johann van Graan said of Snyman's comeback: “From a personal point of view, when we recruited RG we saw something in him that can make a big difference to our team and specifically to our group.

“When you look at players you don’t look only at what they can do on the pitch but also off the pitch. In my view he’s a phenomenal rugby player and an incredible human being so we missed those two things last season, the fact that we couldn’t have him.

“And the excitement to have him available for this season. I want to stress again that he’s come through such a lot both on and off the pitch that I’m certainly not going to rush him back into the starting team.

“We’ll take our time and when he’s ready for that I will pick him.

“The one thing I didn’t mention is that kick-off he took, his movement on the floor, so I certainly rate him very highly, that’s why I signed him and he’s a massive, massive part of our group going forward.”

Munster return to Thomond Park this Saturday for their second fixture in the new URC when the Stormers visit Limerick, 7.35pm.