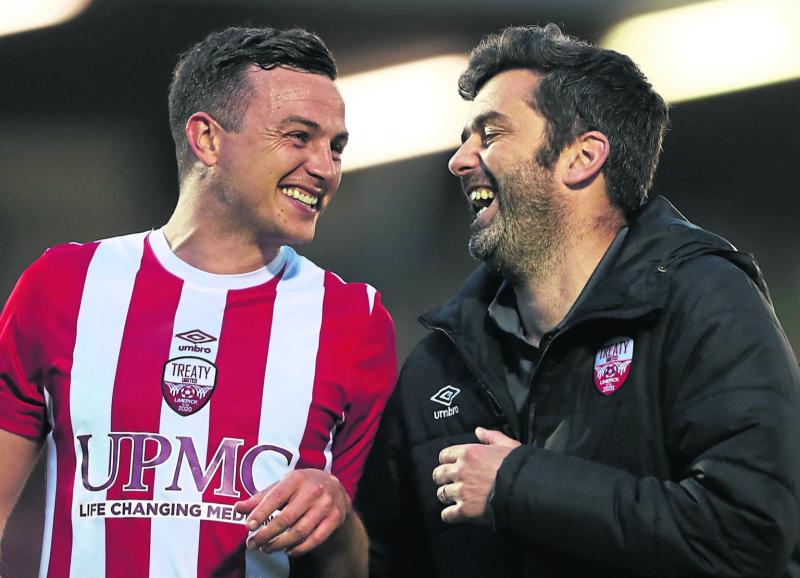 Ten-man Treaty United picked up a precious point in their bid to secure a promotion play-off place in a gritty 0-0 draw with Galway United at Eamonn Deacy Park in their last outing.

The share of the spoils leaves Treaty Utd in fourth place in the First Division table, now four points clear of fifth-placed Bray who occupy the final promotion play-off spot.

The Limerick-based side, in their inaugural season in the League of Ireland, are also just two points behind second-placed UCD and Galway United in the league table.

Crucially, Treaty are also nine points clear of sixth-placed Athlone Town with just five games to go in the regular season.
The sides finishing down to fifth place at the end of the regular season will be involved in the promotion play-offs.

Friday's meeting with Cork City is Treaty's penultimate home fixture in the regular season as they also host Athlone Town at the Markets Field on Friday, October 15. Treaty's other fixture see Tommy Barrett's side travel to Shelbourne, UCD and Cabinteely.