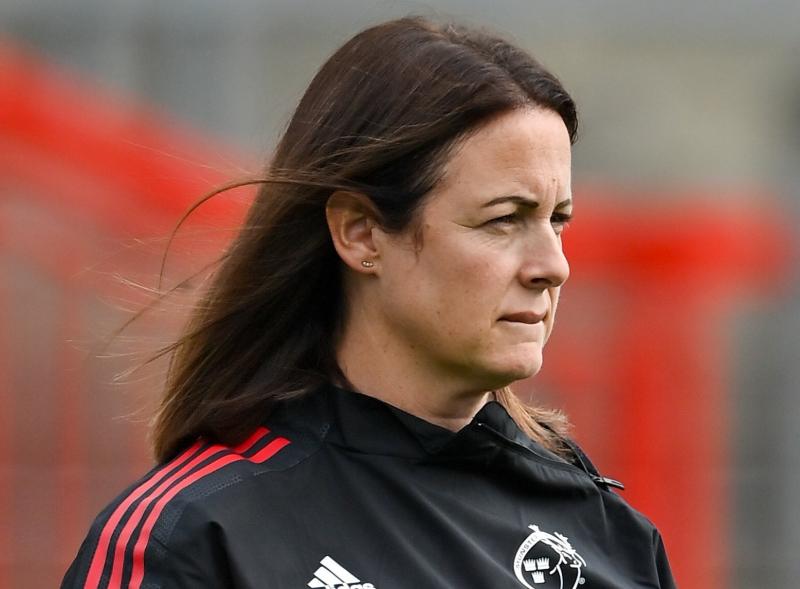 Van Graan explained that Currid is working as a consultant with the province.

Highly sought after performance psychologist Currid has been part of the John Kiely's Limerick senior hurling backroom team as the Shannonsiders won three of the last four All-Ireland SHC titles.

Johann van Graan said: "Caroline (Currid) is a consultant with us. She is in for a few days a week. She has done excellent with other teams and she is working one on one with a few of our lads. It is great to have her involved.

"It is such a need, not only the mental well-being of your players but also the sports psychology piece. Look, she is very good at what she does and it is great to have her as part of a consultant as part of our group."

Hannon said: "The one lady amongst all men Caroline Currid, what she done for us the last five years is indescribable. Thank you, Caroline."

Currid, a native of Sligo, made her name as one of the leading performance coaches across varying spectrums of Irish sport over the last decade. Her roles include varying All-Ireland GAA winning teams (2008 Tyrone footballers, 2010 Tipperary hurlers, 2011 Dublin footballers and Limerick).

She has also previously worked with a number of high profile individuals like former Munster, Ireland and Lions captain Paul O'Connell.