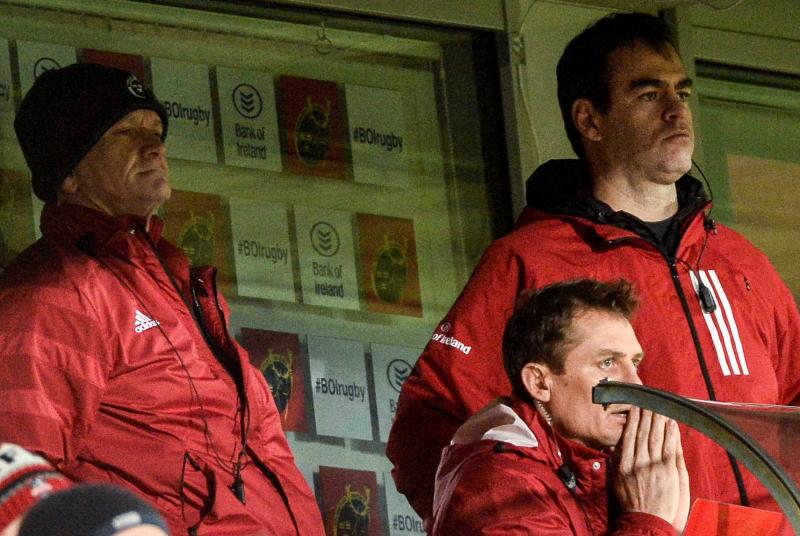 SENIOR members of Munster Rugby's coaching team are expected to be offered contract extensions which would see them extend their time with the province, the Limerick Leader understands.

The Leader has learned that head coach Johann van Graan, forwards coach Graham Rowntree and defence coach JP Ferreira are set to be given the opportunity to extend their time as key members of Munster's backroom team.

The Leader understands that the contract extension offers are of varying length to help with the province's succession planning.

Johann van Graan joined Munster in November 2017, having initially signed a contract as Head Coach until June 2020.  In April 2019, he extended his contract for a further two years and was set to remain with the province until June 2022, but is set to be given the option to extend his time with Munster beyond next summer.

Van Graan joined the province from his role as Springboks forward coach, where he played a key role in developing the forwards and attack for the 2015 Rugby World Cup, when South Africa collected the bronze medal.

Having managed and coached elite players at Premiership and international level, Rowntree was assistant coach on the 2009, 2013 and 2017 British and Irish Lions Tours.

As a player, Rowntree represented Leicester Tigers and was an England international.

Defence coach JP Ferreira joined Munster from Super Rugby side Lions in December 2017 after a decade working with the South African club across a number of coaching and analyst roles.

He held the position of Defence Coach since 2013, helping the side to a Currie Cup Championship in 2015 and consecutive Super Rugby finals in his last two years.

JP signed a contact extension to remain with the province until June 2022, but is set to be given the opportunity to extend his time with Munster.

Meanwhile, senior coach Stephen Larkham joined Munster Rugby from Rugby Australia in the summer of 2019 on an initial four-year contract.

Larkham’s coaching career began at the Brumbies in 2011 with the former Australia international elevated to the head coach role at the Super Rugby side within three years.

His success at the Brumbies led to Larkham’s appointment to the position of Wallabies attack coach on a part-time basis in 2015, a role he combined with his Head Coach duties at the Brumbies.

He held this role as Australia reached the Rugby World Cup final in 2015 and departed the Brumbies in 2017 to work full-time for Rugby Australia.