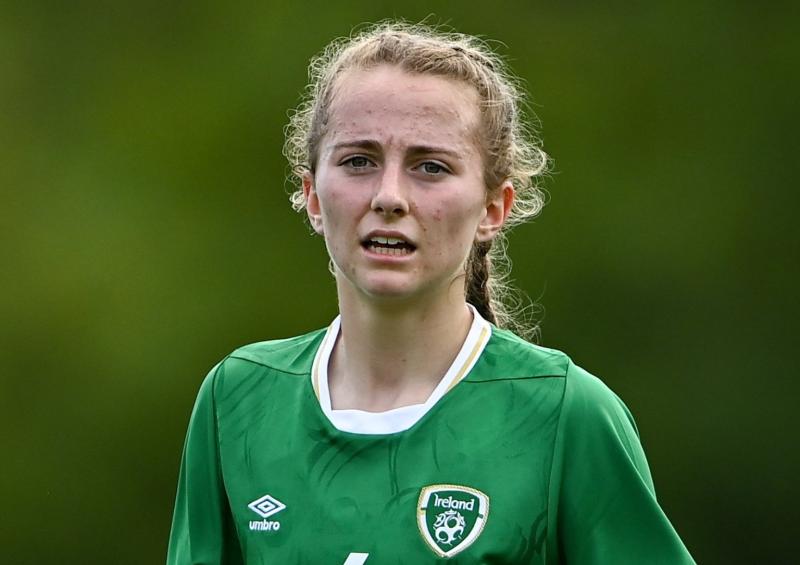 A LIMERICK teenager has been called into the the Republic of Ireland Senior Women's National Team squad for an international friendly fixture.

Talented Kilbehenny teenager Aoibheann Clancy is one of three players who have been drafted into the squad by Rep of Ireland senior women's team manager Vera Pauw.

Clancy moves up from the Rep of Ireland squad to the senior squad which is preparing for a friendly international fixture with Australia on Tuesday, September 21.

Clancy, who has already represented Ireland at under-age level, is currently playing with Wexford Youths in the Women's National League (WNL). The highly rated midfielder was on the scoresheet at Jackman Park on Sunday as Wexford overcame Limerick-based Treaty Utd in the WNL.

Clancy, who has previously played with Limerick FC, has enjoyed an impressive season in the SSE Airtricity Women's National League and caught the eye in WNT Home-Based training sessions.

Vera Pauw's Rep of Ireland players begin their camp on today Tuesday with training taking place at the FAI National Training Centre ahead of next week's game at Tallaght Stadium.

Tickets for the game against Australia will go on public sale on Wednesday, September 15th.