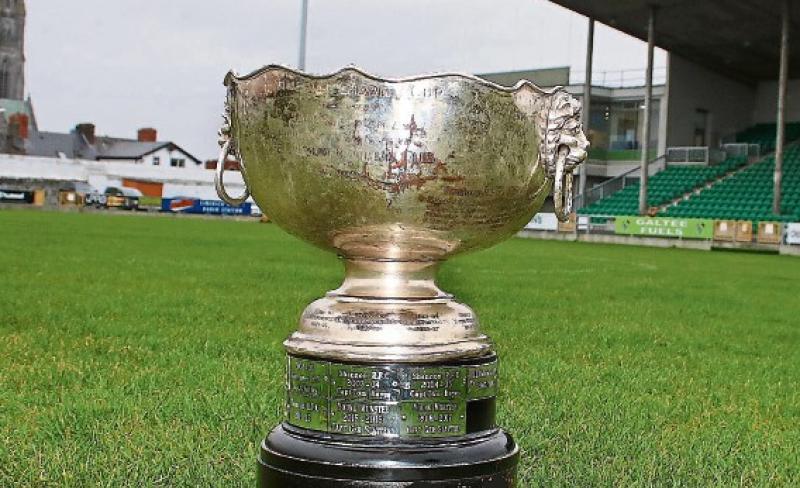 OLD Crescent, Young Munster and UL-Bohemian have booked their place in the semi-finals of this season's Limerick Charity Cup joining Shannon in the last four.

Munsters' led the game 3-0 at half-time, thanks to a penalty goal from Cian Casey.

The home side took a grip on the game at the start of the final quarter when a fine break from Adam Maher created the opening which led to Paul Allen dotting down.

Gearoid Prendergast's side then added a further try through Mark O'Mara, with Casey again adding the extras.

Munsters' will now face Shannon in the semi-finals of the Limerick Charity Cup.

Holders Old Crescent booked their semi-final spot with a 31-12 victory over Bruff at Rosbrien on Friday night.

Crescent outscored their visitors by five tries to two. The home side took a grip of the content in the second quarter, building a 19-0 lead by the change of ends.

In the second half, Crescent added further tries from Ronan Reynolds and Jack O'Mahony to take a 31-0 lead.

To their credit, Bruff battled back and 12 unanswered points, including tries from John Cleary and Kieran Bennett one of which Bennett converted.

UL-Bohs led 5-3 at half-time with the Annacotty side's first half try coming from captain Paul Clancy.

The Red, Red Robins increased their interval lead within five minutes of the restart when debutant Oisín Fagan dotted down for 10-3.

A third UL-Bohs try from Barry Richardson stretched their lead to 15-3 after 53 minutes.

To their credit, Nenagh Ormond hit back with a converted try to reduce the gap to just five points, 15-10.

However, UL-Bohs regained control with Clancy grabbing his second try, which Harry Byrne converted for 22-10.

Alan Kiely's well-judged crossfield kick created the opening for Oisin Fagan to fran his second try of the contest. Byrne converted for 29-10.