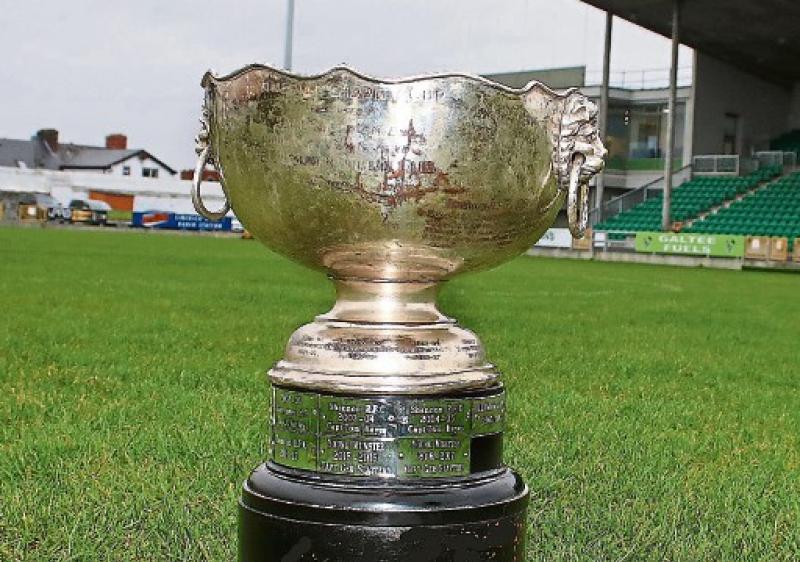 THE opening round fixtures in the Limerick Charity Cup are due to be played this Friday and Saturday.

The pick of the ties is the meeting of new Munster Senior Cup champions Young Munster and fellow Energia All-Ireland League Division 1A side Garryowen at Clifford Park on Saturday, 2.30pm.

Munsters' defeated Shannon 26-14 to claim the Munster Senior Cup for an eighth time at Rosbrien on Saturday last.

The first round ties in the Limerick Charity Cup begin on Friday night when holders Old Crescent host Bruff at Rosbrien, 7.30pm.

Crescent claimed the trophy on New Year's Night 2020 when stunning Young Munster 17-10 in the decider, hitting back strongly after trailing 0-10 some 20 minutes into the final.

The Charity Cup first round ties also features a trip to Nenagh for UL-Bohemian to take on Nenagh Ormond on Saturday, 2.30pm.

Shannon RFC got a bye in the opening round of the Charity Cup.

Following the semi-final draw, the winners of the meeting between Young Munster and Garryowen will take on Shannon, while the winners of the first round meeting of Old Crescent and Bruff will meet either UL-Bohemian or Nenagh Ormond.