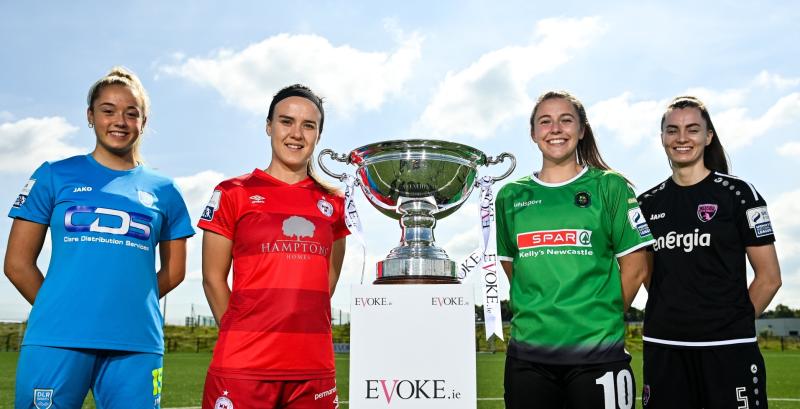 The EVOKE.ie FAI Women's Senior Cup Quarter-Final fixtures have been confirmed. The final eight teams battle for a place in the semi-finals on the first weekend of September.

Sunday September 5 sees holders Peamount United travel to Limerick to take on Treaty United with kick-off at 2pm, while the day before - Noel King's Shelbourne and Cork City kick things off on Saturday, September 4th at 2pm before Athlone Town AFC travel to Ferrycarrig Park to face Wexford Youths at 6.30pm and Galway WFC face DLR Waves at 7.30pm.